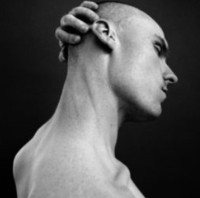 Intensely personal experiences power the nine songs on Noble Son’s first full length release Joy In Violence and the collaborative musical effort supporting these songs embodies those experiences in atmosphere and sound. Noble Son is the moniker for the project chosen by its creative center, singer/songwriter and voice actor Adam Kirschner. Kirschner first planted seeds for this release in 2006 when he became first acquainted with South Carolina based musician Joel Hamilton, veteran of projects like The Working Title/The Mechanical River, and collaborated for a prolific and productive stretch. Kirschner made tentative steps towards first recording in 2011, soliciting Hamiliton’s aid as a producer, but soon walked back his commitment despite the willingness of those around him. Relocating to another part of Canada provided Kirschner with the proverbial chance to reset and start over – he has, in the last six years, recorded and released two EP’s under the Noble Son banner with producer Dave Meszaros manning the boards. His latest release is the most ambitious to date and results from a fourteen day songwriting fever producing the vast bulk of Joy in Violence’s songwriting. It is a vivid and vulnerable chronicle of the perils of being human.

“Problem Daughter” is, initially, built around a steady acoustic guitar melody with a slightly droning quality before Kirschner expands the song’s purview with subtle additions and flashes of color. The gossamer like backing vocals accentuate the gentleness of Kirschner’s own and the melancholic undercurrent provided from piano are keys to the song’s success. The same meditative three a.m. in the morning introspection present on the opener pervades the album’s second song as well. “Aces” focuses much of the listener’s attention on Kirschner’s lyrical content and the words don’t suffer under our gaze. The song is, largely, anchored by a simple and consistent backbeat Kirschner varies along the way in critical, but understated, ways and a small, but significant, part of the song’s final effect comes from the attentive production attending every note. “Above the Dirt” opens as a more straight ahead singer/songwriter track musically centered on the interplay between Kirschner’s voice and acoustic guitar. It opens further just before the one minute mark without ever becoming too cluttered. There’s a particularly effective breakdown in the song’s second half that’s unexpected and brings a further twist of drama to the proceedings.

The title song has a surprisingly sprightly bounce contrasting with its serious subject matter and it gains much thanks to the handful of subtle tempo shifts that propel it into another gear and back again. Kirschner has reserved some of the album’s best lyrical content for this moment, appropriately considering the song’s standing as the album title cut, and it will make an immediate impression on discerning listeners. The closely recorded acoustic guitar and ghostly embellishments from piano and even banjo give “You Are Your Mother” a distinctly different feel than the earlier numbers. The acoustic guitar, in particular, has a hypnotic quality. Backing vocals join the song in assorted spots for great effect. Joy in Violence, without question, is one of the more notably personal songwriting experiences in recent memory and a deeply felt musical statement.