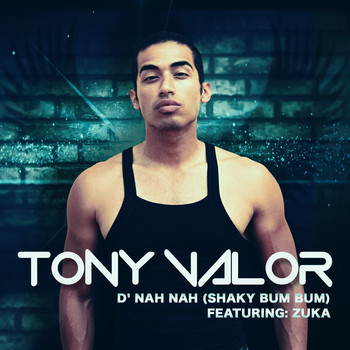 At the age of three, Valor began shadowing his father’s work sitting under the console in his his studio. A famed musician of his day, Valor’s father has blessed him with the gift of wisdom and sage experience. Nowadays, Tony resides in Palm Beach, Florida, but his life began on the other side of the planet, in Guangzhou, China. His multicultural upbringing equipped him with bilingual skills which he frequently uses in his lyrics, including on songs like “You’re My Fantasy” and “To The Top”, which consecutively landed him spots on the Billboard Dance charts.

“D’Nah Nah (Shaky Bum Bum)” Ft. Zuka is the next surefire hit by Valor, and the music video directed by Razvan Marinescu of Romania and Russell Fogle and Luis Perez of Miami, FL, serves as the perfect visual experience to match the addicting tune. Flaunting beautiful women from all over the world, the young star is a global player with the moves to back it up. Zuka spearheads a spunk-filled verse where she claims her dominance as a woman of power in the music world with this song kicking down any remaining barrier in her way.