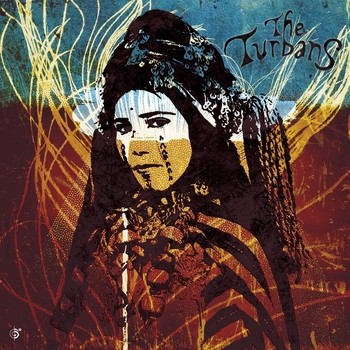 In a politically divided time it’s hard to imagine a band comprised of members from across Europe and the Levant as not being inherently progressive. The Turbans, whose self-titled debut album will be released on March 23 (Six Degrees Records), features musicians with roots in Turkey, Bulgaria, Israel, Iran, Greece, Spain, and England. Yet transmitting a political message was not their initial impulse. It was simply music.

And friendship, as it turns out. Oshan Mahony, the “seventh best guitar player in the band” he says with a laugh—the core group is seven members—met violinist Darius Luke Thompson in Kathmandu. The half-Iranian, half-British nomads immediately hit it off. They began busking throughout India, picking up musicians along their journey.

Seven years later The Turbans delivers to global audiences the same high-energy blend of Balkan, klezmer, Gypsy, and sundry other styles they’ve been bringing to venues around the world for years—India, Hong Kong, the Middle East, and all throughout Europe and North America. While the band has pulled from numerous folk traditions for live shows, recording required a new mindset.