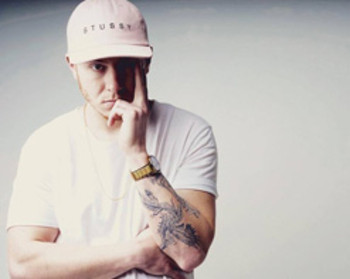 Success is largely a matter of hanging in there when most others find themselves folding up like a cheap lawn chair. Tin Tenn is a Memphis-based artist who is ready to share his remarkable story of perseverance in the form of music. His music passion and style comes not only from his past experiences, but also the soul and vibe that only comes from Memphis music. The 24 year-old lived a rough life for the entirety of his formative years, leading him to find music as his only lifeline when he hit rock bottom. His infectious style of hook-laden hip-hop is the perfect channel for his woes. His new single, “Lucid Dreams” shows off all the best aspects of his style and gives off a perfect introduction to the journey of Tin Tenn.

The story begins at 13 years old. Tin Tenn was just a kid in Memphis, Tennessee with wide eyes and simple thoughts. One day, his doctor prescribed him pain medication, totally unaware of the damage that script would cause. After that, his curiosity led him to take any drug he could get his hands on. This vicious cycle brought him homelessness and incarceration as a teenager. He would leave his parents guessing about him for days at a time, and was on a path set for self-destruction.

In the midst of his addiction, at the age of 15, Tin Tenn fell in love with music. It was then that he wrote his first song and discovered hip-hop was his true calling. But there was a problem. The only way he was going to make music his life was if he could eradicate his demons and leave behind the drug culture that raised him. Finally, after a decade of struggling with drug addiction, imprisonment and family duress, Tin Tenn chose to get help. Lucky for him, his family, and his adoring fans, Tin Tenn has been clean since August 8th, 2016.