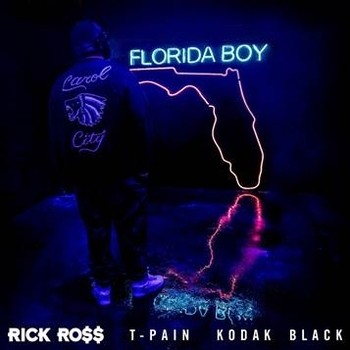 Once again, Rozay pulls out all of the stops for the high-octane visual. Joined by T-Pain and Kodak Black, the clip unites three of the Sunshine State’s most dominant and influential forces of nature. This trio of superstars cruises along the coast in classic cars before shutting down a packed party featuring a cameo by a fellow Miami O.G., longtime friend, and legend DJ Khaled. Providing the sizzling soundtrack, T-Pain carries a seismic hook punctuated by Kodak Black’s intense flow as Ross serves up one knockout bar after another like only he can.

Straight out of the gate, “Florida Boy” garnered widespread critical applause. Billboard described it as “a new anthemic ode to the sunshine state.” Vibe dubbed it, “a lively number about why he’ll never turn is back on the place that raised him” as XXL summed it up best, “all three are dope.”