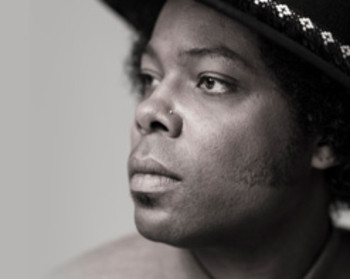 Musical renaissance man of the Latin world, Alex Cuba, has played an assortment of rock, folk, and soul throughout his star-studded career. His past singles such as “Sarah” and Lágrimas del Que Llora feat. Josemi Carmona” have shimmered in the skies of music, and he’s returned bearing yet another beautiful piece, “Piedad de Mi” the second single off his 2017 release Lo Único Constante (The One Constant). The song already has over 130k streams on Spotify. Cuba-born and now based in Smithers, BC, Cuba has recorded six albums and possesses an impressive list of accolades including two Juno awards, four Latin Grammy Awards, and two Grammy nominations.

The video for “Piedad de Mi” is an incredibly adorable and hilarious take on a man – or puppet – falling in love with a woman at first sight. Playing on the innocence of the “Doo Ops” in the song, the video features a couple singing sunflowers to help our lover boy achieve his dreams. He chases after his love, only to get hit by a car. She comes to his rescue until… You guessed it! His heart pops out of his chest and begins exploding (Oh my…). The punchline comes at the end of the video when he wakes up from his near-death experience and sees another woman on the street and is once again head over heels. A hilarious, feel good video with beautifully sung Spanish poetry to narrate the story.