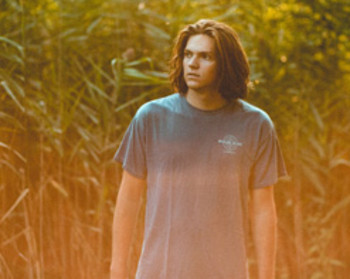 Jack Shields is a singer, songwriter, guitarist and producer from the forested corner of Connecticut. His sound is best described in his own terms as “blending and bending the genres of rock, hip hop, and folk.” His newly released music video for “Leaving California” gives a close look into the artist’s narrative, telling the story of who Jack Shields really is like never before.

Shields has a fierce work ethic that takes him to new highs with each release- and believe me, there have been many. Upon delving into the artist’s portfolio, one will find that his Soundcloud has been updated with new music for the past two years. These uploads consist of homemade gold: songs and sounds of various genres, displaying Shields’ ever-lasting intrigue when it comes to the art of creating music. With so much experience making, recording, and releasing music, it’s no wonder his Leaving California EP presents itself as such a well thought-out, mature release.

The “Leaving California” music video tells the story of an artist who’s left the woodland of Connecticut in search of a better life on the West Coast. With breathtaking landscapes and nostalgic visuals, Shields and his crew make you want to get in your car and drive away forever. But in this tale, he was not meant to stay. California, to Shields, was a necessary escape from the realities of the East Coast, but once that page was turned, he came to realize that there was one thing he needed to return home for…

“The ink is on the paper and the writing’s on the wall/ I got silver in my pockets and a song within my arm/ I’ve got no enemies, and the ocean’s just so blue/ but I’m leaving California… For YOU.”