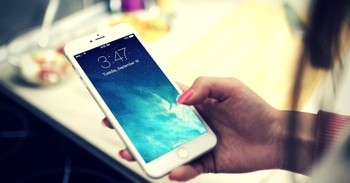 Time to round up the best-rated smartphones of 2017, both for Android and Apple. Whether you’re an Apple fan or have been using an Android for years there’s likely a phone here that will make you happy and represents all the latest and greatest from some of the top manufacturers.

Celebrating the 10-year anniversary of the first iPhone, the iPhone X is a premium offering from Apple with more features than the iPhone 8 and 8 Plus. It sets the gold standard on what smartphones should be able to accomplish and stands apart from the other phones released this year in a class by itself.

The only thing holding iOS or even Android users back from owning an iPhone X is the price, at $1,000 it’s several hundred more than other phones. Even if the price is warranted most people will opt for an iPhone 8 Plus or other model for the cost savings alone.

Samsung continues its line of Galaxy phones with the S8, following in the steps of the S7 and S6 before it. This is Android’s answer to the iPhone 8 for 2017 and has even been compared to the iPhone X in terms of features. It’s a phone that gets great reviews and is said to feel like you have the phone of the future in your hands today.

The next-in-line phone from Apple is the iPhone 8 and it comes in two sizes, regular and plus-size. Thanks to the larger screen and other features the Plus model tends to get better ratings than the regular size, the only drawback being that it might be harder to fit into your pocket due to its larger size.

Google follows up its strong Pixel performance with the Pixel 2, with a few new features compared to the original model. While early reviews state that it might not be as good as the first Pixel, the Pixel 2 also comes in two sizes with the regular Pixel 2 and the Pixel 2 XL.

As always, the new year is filled with speculation and rumors of what’s to come in the smartphone world. Some of it is predictable, as many of the largest companies follow a defined release timeline, but there’s always a few surprises in store.

iPhone 9 –  It may not be called the iPhone 9, since technically they already came out with the iPhone 10, but the successor to the iPhone 8 should drop in September of 2018. Perhaps it will incorporate some of the features of the iPhone X at a lower price point so that more people can experience how great a phone can be.

Samsung Galaxy S9 –  Samsung will most likely keep their string of successes going with a new Galaxy release in the form of the S9.

Pixel 3 –  Google will likely follow suit with a Pixel 3 as they try to garner more hardware sales and compete with the likes of Apple, Samsung, and other major players. Rolling out new phones with new features on a continual basis is all part of the game.