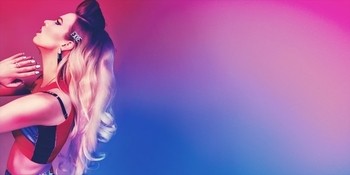 Rising stealthily through the ranks these last two years, the bolshy singer – who released her debut LP ‘Love Fuelled Hate’ last year – has built a reputation as one of most irresistible and creative new stars of today. The Unsigned Music Award Winner (2016) has been steadily winning over fans on the road, selling out venues in America, Asia and Europe, and performing at Wide Days, The Great Escape, Canadian Music Week, and SXSW. This summer, Elle’s fearsomely unique attitude stormed festivals including Isle Of Wight Festival, Sziget Festival, Carnival 56 and V Festival (which she cancelled her own wedding to attend).

Elle’s genre-melding, guitar-inflected singles have quickly gained her fans in the UK and support from tastemakers The Quietus, The Guardian and Popjustice and BBC Introducing. Her single ‘Lost In L.A’ landed a major international sync on Google Play’s ‘Mobile Listening’ 2016 campaign.

“I don’t feel my job as a pop-artist is to make myself or anyone else feel comfortable, it’s my job to create something that can instigate a conversation about a subject that matters,” Elle believes. “What matters to me is that we start caring more about each other. Frank Warren said, ‘Every single person has at least one secret that would break your heart. If we could just remember this, I think there would be a lot more compassion and tolerance in the world,’ and I agree. It’s time we stop judging and criticizing everyone on face-value and start taking the time to go outside our little communities and learn about each other.”