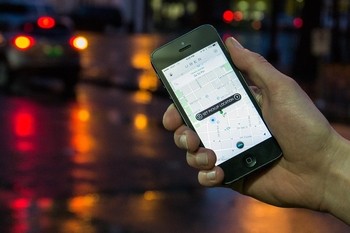 It seems like just about everyone is using Uber or Lyft to get around town and get back home from a night out. But many Americans still have never used a rideshare service before. This means there’s still room for big growth for both companies with tons of untapped opportunities.

Ridester can provide insurance to rideshare drivers so that they never have to worry about being covered. Take a look at what they offer and see if it is something that makes sense for you.

For those who live in and around a big city, using a rideshare service has become second nature by now. But those in surrounding areas are not as likely use it because it takes a good 20 to 30 minutes to get into town. By the time they could be reached it wouldn’t make much financial sense for the driver, and since there isn’t much supply there isn’t much demand either.

If one of these companies could figure out a way to make it feasible for those that live outside of a major metropolis they’ll be able to increase their market share considerably. Perhaps that’s the idea with the new scheduling feature both Uber and Lyft have developed. If they can coordinate scheduled trips they could offer shared rides in places that would otherwise go unserviced.

A decade ago not everyone had a cell phone, let alone a smartphone. These days those numbers have shifted, and now  95% of Americans have a cellphone and of those 77% are smartphones. That means more potential users of Uber, Lyft, and other rideshare services are consistently being added to this already-thriving microeconomy.

As more people own smartphones capable enough to run the Uber and Lyft apps there will be more users and more drivers needed. They might also figure out a way for drivers to pick up riders that flag them down, but until then it’s only taxis that are allowed to do so.

Millennials are the ones using Uber and Lyft the most, and this trend is likely to continue. They’ve been using it for years, while many baby boomers are just discovering how easy it can be. Baby boomers are also becoming rideshare drivers at a record rate.

Millennials surpassed baby boomers in size back in 2016, but there are still more baby boomers than gen Xers. Perhaps that’s why Uber and Lyft have been able to grow to such mammoth proportions even though large segments of Americans haven’t tried them yet.

As more people warm to the idea of hailing a ride with their smartphone there will be big opportunities both for the companies and for individual drivers. We’ve already hit the tipping point where most people consider taking an Uber or Lyft rather than a taxi. One day it may come to a point where many people debate over whether they even need their own car anymore.