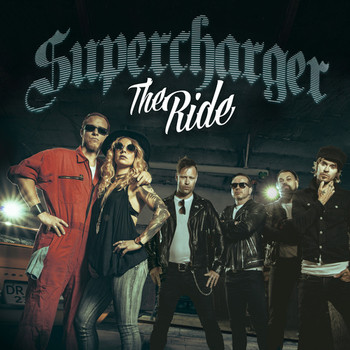 Supercharger takes you for an exciting ride on the second single from their coming album. The new single ‘The Ride’ is up-tempo rock ballad and is features Clare Cunningham, former singer of Swedish rockers Thundermother, in a passionate duet with Linc van Johnson.

Originally the song wasn’t intended as a duet, but during the writing process it became clear that adding this extra dimension to it, would take the song to new heights. And after spending weeks on the road with Thundermother in 2015, the rough vocals of Clare Cunningham, was an obvious choice.

“I was super thrilled when I got the phone call over the summer to join forces with ‘Supercharger’ on one of their upcoming tracks! I had previously been out on tour with them a few years back and was excited to get the opportunity to work with these amazing musicians again! – Clare Cunningham