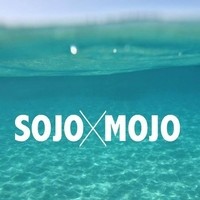 This outside the box project conceived by the trio of renowned actor/musician Steven Bauer, producer/songwriter Jim Petersen, and multi-instrumentalist/producer John Burke highlighted by American singer Gabriella Kreuz and a revolving cast of additional female vocalists. The theory behind this design is keeping the project’s audience on their toes and never allowing things to grow stale. Instead of the audience relying on the same vocal approach each time out, Bauer and his creative partners want there to be a thrilling fly by the seat of your pants quality to the project ensuring listeners that anything is possible. The first two songs released from the project are “Something to Smile About” and “Just Don’t Ever Tell Me”, written by Petersen, and these two superbly written and produced pieces gives the project ideal platforms to fulfill their aforementioned potential while never losing their way through overthinking the presentation. Sojo Mojo, based on these two songs alone, is a project sure to leave a mark on the modern music world.

The light, brightly jangling guitar opening “Something to Smile About” strikes just the right note – it’s not oppressive and yet doesn’t breeze unnoticed past the listen. There’s a slight island quality to this song and it benefits from the suggestion. The vocal follows this path and doesn’t go in for unnecessary flash, but it does turn things up a notch for the chorus. The chorus pays off with a fantastic hook. The lyrics express some common sentiments, but the earnestness of the performance isn’t bothersome at all and comes off as utterly sincere. The crowning glory of the song is how it is so exactly tailored to an ideal length by clocking in at just a little over three minutes.

There’s a strong funky edge on the second song “Just Don’t Ever Tell Me”. The fat bass isn’t particularly busy, but it is omnipresent and the light slashes of funk guitar provide a lot of color barely buried in the mix. The chorus here is more diffuse in its overall effect than we heard on the earlier song, but one gets the feeling this song isn’t quite as meant for dancing as the first and wants to relate a little more to the listener. Make no mistake, however, it moves and cooks. The bridge near the end is particularly strong and the synthesizer contributions to the track possess icy intensity. These two tracks do offer to distinctly different musical poses for newcomers to this concept, but they retain enough of a similarity between design and intent that they sound related to one another. Sojo Mojo stands poised to offer music fans something different with the chance to become a long lasting enterprise and not just based on pure gimmickry. There’s some heavyweight talents involved in this project and they bring all the substance you’d expect, but the singing gets over in a big way as well and the production makes everything sound like a million dollars. Sojo Mojo is off to as fast of a start as they could have hoped for.