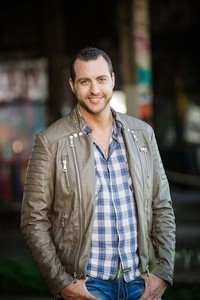 You might be inclined, given the twang in his voice, to think Marc Daniels is a southerner, but the Spokane, Washington native is actually a superbly talented singer whose voice is apparently capable of inhabiting any musical landscape. His performance on the single “Summer Song” definitely has a retro quality, but the production and forceful approach he brings to the performance should convince anyone that this isn’t some song cut in tribute to genres with long bygone commercial importance. This is clearly a song intent on making audiences have a good time, but it plays equally like something torn from the pages of his own life and experience.

Although he’d been doing music for years before that, Daniels released his first album in 2016. This new single was originally included as one of the songs on that album. So, while it’s a brand new release as a single, those who have his album have had the opportunity to enjoy this music for quite a while. It’s time for the rest of us to get caught up with this thing. The acoustic guitar opening the song has a surprising rock edge, but it isn’t so over-emphasized as to play in a heavy handed way. It might remind some of a classic rock sound but, if so, Daniels clearly owns the approach and never sounds like some talented mimic.

As it works out from there, though, the vocals bring some serious country music to the table. It’s obviously country music based by that point. The chorus is catchy and has a strong connection to the pop country school of playing and writing, but Daniels keeps things quite classy and understated despite its pedigree. The idea that pop country is an inherently disposable form rings out just as hollow as the idea that mainstream pop music has no lasting value. Marc Daniels is clearly aiming to write, record, and perform music with genuine staying power and this is no exception.

It seems to me that Daniels’ blend of country music and rock is definitely tied to a rock meets country type of sound that seems hot right now. I honestly get the impression from listening to this piece of music, though, that it isn’t some trendy “jump on the bandwagon” kind of thing with Daniels. It seems that this really is his authentic passion. It’s the kind of music that reaches deep into him and stirs his soul. It feels like he’s genuinely sharing something he loves with the rest of the world. That kind of “real” vibe is something that always makes music that much more attractive. It’s like when you see a band performing in concert and all the musicians seem to really enjoy what they are doing. That makes for a more satisfying experience than a band that seems to be “phoning it in,” no matter the actual music. The passion and excitement are contagious.

Overall, this is definitely the kind of thing that’s a lot of fun when it comes on the radio or in a bar. It’s just fun-time music. That’s always a good thing. It’s a safe bet that you’ll be pulled in with the infectious, good-time nature of this song. Then the hooks and other elements will seal the deal. You’ll find yourself moving to the music and singing with the chorus.