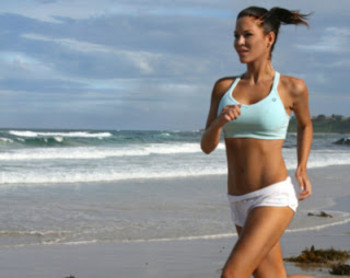 Young people who are in their 20s and 30s are focusing on building careers, families, and lives, and maybe not as much on their health. People in their 20s and 30s are more likely to shun health insurance and even pay the penalties required under the Affordable Care Act, and they don’t take advantage of available healthcare and prescription discount programs as frequently as older adults.

There’s the idea among young adults that health and potential health issues are things they’ll deal with later, but for an increasing number of young people, that’s not the case, particularly when it comes to heart health.

The following are important things for young adults to know about heart health right now.

With the more common type of heart attack, it’s the result of plaque building up in the arteries, but there’s another kind of heart attack young people, particularly females, should be aware of. It’s called a SCAD heart attack, and the cause is a tear in the person’s artery that blocks blood flow and creates a heart attack.

They’re rare in general but are responsible for 40% of heart attacks in women who are 50 and younger. Also, more than 90% of people who experience this type of heart attack are women.

A SCAD heart attack occurs most often in people who are healthy and don’t have risk factors like diabetes or obesity, which makes it difficult to spot.

People who experience SCAD heart attacks range broadly in age, beginning with teenagers and then going all the way up to the 80s and many of them occur around the time a woman gives birth.

There’s a misconception among younger people that even if they don’t have the healthiest of lifestyles, heart attacks are generally reserved for older people, and that’s not necessarily true.

In young people, while the use of drugs like cocaine can be a big risk factor for heart attacks, so can being hypertensive or overweight, even if you’re young.

The recommendation is that people who are age 20 and above have their blood pressure checked annually, and cholesterol checked every five years.

Finally, researchers and doctors have found that it’s important for people to make sure they’re practicing heart healthy behaviors and lifestyle choices even when they’re in their early 20s to keep their risk of developing heart disease low later in life.

Keeping the risk of heart disease low into middle age is based on five primary behaviors that happen when you’re a young adult. These include maintaining a healthy body mass index, not drinking alcohol excessively, not smoking, having a healthy diet and exercising on a regular basis.

There was a long-term research study that began looking at people in their early 20s, and by the time participants reached middle age, 60 percent who had kept up with those five healthy behaviors had a low risk profile for cardiovascular problems. At the same time, less than five percent who followed none of the five healthy lifestyle behaviors had a low risk profile for heart disease and other cardiovascular problems.