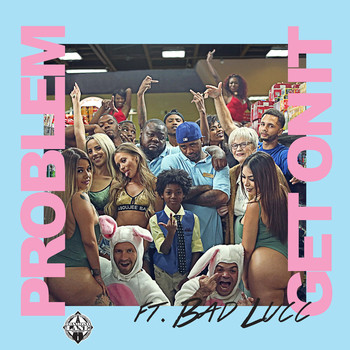 After announcing and dropping the artwork earlier this week for his upcoming project #Selfish, out this fall, Problem has released the first single and new house party anthem “Get On It.” Inspired by Uncle Luke and 2 Live Crew, Problem is bringing the party back to the dance floor with his new single which he produced alongside Compton conglomerate JB Minor. The track was mixed and mastered by super producer Terrace Martin.

“Get On It” definitely gets the party started and Problem gave us a taste of that on his IG recently when he had 200+ women on stage for his first live performance of the single.

The track has garnered more than 2M streams on soundcloud and the video is due out in the next few weeks; the Compton artist took over a local LA grocery store for the visual.