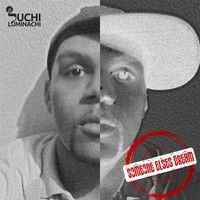 Luchi Luminachi’s namesake has an interesting take to it. Luchi Luminachi refers to rays of light. “Luchi” is the Russian wording for “rays” or “beams” that refers to light. While “Luminachi” is another word a fanchiful word that also refers to the word light. So in short Luchi Luminachi means light whichever way you look at it. He is the light and this is his track he calls “Someone Else’s Dream”. A track to see a late summer time release but still grasps that angst of the heat of the summer break period.

Really when it comes down to it, it really is his voice that makes “Someone Else’s Dream” stand out. Yes the melodies and harmonies are provided clear as day, and do it for this track. But hands down it is his vocal chords that make this track soar. Like how he sings in his clean cut fashion, rather it turn out to be the verses, harmonies, or simply singing his voice makes the music that more entertaining and easy going.

The melodies and harmonics of the track are done in tune really well. In fact, they make the track more edgy and high quality. That is really how this track plays itself out. It sounds so top notch in quality, that the rest of it, just pretty much layers itself into its placement. Vocal chords and music just embracing between one another, that it meshes well together.

His ways with the musical genres, has aided him to fuse together elements from numerous genres, and even cultures, creating a blender of synth, ambient, cinematic, IDM, and dancehall type of tunes. You get that all right here within this track, but also get a vibe of some classic rap thrown in as well. The rap may not sound rap per say in terms of the music portion but the vocal side does. Again it just all comes back to the vocals and that voice. That is what makes this all work out in the long run.

Luchi’s style is a lot like some other artists out on the scene like perhaps some slightly similar taking of Drake crossed with Usher perhaps. Those two different yet similar, is how Luchi Luminachi is with his music, he may use a variety of genres within his music, but his music is of the modern day sound and style, as is Drake and Usher, them being acts of the today scene. You hear them, you get Luchi except a more re-fresher of the modern time.

“Someone Else’s Dream”, is a summer hit of a soon to be classic, that will take the music scene by the burning passion of its pride and power. His ways with words, music, and vocals are the glimpse into the expected from this artist. If this is how his music goes from this track, then there is so much more he can do with it. Perhaps evolve it, even further with his abilities of creation that there is no telling at all.