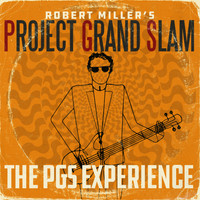 The PGS Experience gives you exposure to great musical compositions, which enhances your music interests and re-energizes you brilliantly.

Project Grand Slam, the celebrated and popular Jazz Rock Fusion band led by Robert Miller, has released its latest album ‘The PGS Experience’. Being the 5th album of the band, there were several speculations and expectations related to it. Containing five new studio tracks and four live tracks, the album, without any doubt has lived up to everybody’s expectations.

The acclaimed composer and bassist, Robert Miller, has led the way for the album’s success and has once again proved his expertise and understanding of music.

Every single track of the album consists of power-packed, highly energetic Jazz- Rock-Pop fusion music. The musicianship and dynamic performance of the remarkable artists with their unmatched musical performance deserves a standing ovation from all. The listeners have accepted the new release with open-arms and grand accolades and are appreciating the wonderful music, which has developed beautiful fan base gradually in the market.

Mindi Abair, the 2 X Grammy nominee is also associated with the album, by working on the saxophone on two of the tracks. The PGS was excited about her guest performance on their tracks and are full of new and positive energy because of her performance.

‘Metro Shuffle’ and ‘Fishin’, the two original compositions of Robert Miller has Mindi performing in it. The first one comes across to the listener as a powerhouse track and was the bassist’s ode to his New York City home town with a resolute feeling, whereas the second one was a laid back Island vibe song.
The album also consist another hyper-energetic track known as ‘Hollywood’ which is an upbeat power song with a culmination of exotic musical elements and captures the attention of frenetic.

Robert is known for playing with various musical elements in order to come up with a brilliant and unique composition loved by all. Being a huge fan of Classic Rock, Miller also performs reimagined covers of some of the best-known songs of the genre, but by adding a twist of using a female vocalist. This has become a trademark and style of the bassist and has been amazingly popular in his wide fan base.

Keeping up with his trademark, he has added the cover on his latest release too. Reimagining the Cream’s ‘I’m So Glad’, which coincides with the 50th anniversary celebration of the debut album of Cream’s in 1967.

The album also had other new cover on its track, the reimagined version of ‘Free’ by Phish. You are definitely going to fall in love with the power and energy that the live track on the album will fill you with. The power and emotion of the music and the diversity of the songs along with the excellent performance of the artists ensure to enlighten your mood brightly and excellently.

The perfect culmination of the Jazz, Rock and Pop music is a treat for your ears and it fits perfectly to your taste if you are musically inclined. The mesmerizing spectrum of music and its entities that the album consists, helps the listeners to get carried away with the flow.