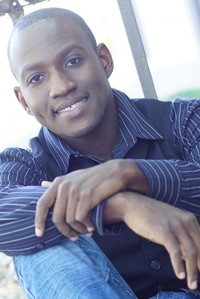 Luckydabo$$ is originally from the Ivory Coast which is in West Africa. The Ivory Coast is a nation that speaks French. As a young kid, Yovan aka Luckydabo$$ played a few roles in small movies in school and performed as a music artist a few times on stage. Luckydabo$$ has a unique style and he talks about today’s issues that we see in our society. He also brings the good times and rap in French and English. Lucky is also a college student with a major in economics. He also has a certificate in Architecture, real estate. He is an engineering technician and love being an I.T . His lyrics are inspiring, his voice is for the people.

Some of the music on Me$$enger isn’t easy to describe, you have-to be French, and I am not. However, the titles are in English and help describe enough of what they’re about. “Go Get It” is something he sings with a lot of punch about reaching for your dreams. Anyone can relate to this, and most of the lyrics rap without any confusion as to what it’s all about. It’s for those who like to win and never lose, to be inspired by. This is a good track to start with, but less musical than what’s to come, as some horns add a nice effect toward the end of this, which you don’t hear coming. It adds a nice jazzy touch.

On the other hand, “True Story” begins with some vibrant horns and comes off more musical at first, but it soon ends and gets handed over to the beats that won’t quit, while he tells a complex story behind a less catchy tune. It’s not that it doesn’t rock, it does. But the story is busier than the beats. You can take it either way, and that’s what matters the most. But this is just more pedestrian than the previous track. That being said – it’s still one of the more enjoyable tracks to be found by him. It has an all-around appeal concerning everything he’s trying to get across to his audience.

“Together” contains a lot of French, and seems to about the same gripes found in most rap today. This is an explicit track with some heavier language to get the point across in more incendiary fashion. There isn’t much music in this one to talk about, it’s mostly all vocals keeping held together with some back beat added. All its strength to be found is in the words, but it works on that level as a testament to him. Not understanding French doesn’t make it easy, but the power of the music cuts through it enough to give an opinion about it. Even if I’m not the be all to end all for this genre.

“Forever” is the song I like the most, which is a duet with whom I have no way of knowing, because there needs to be data somewhere telling this to the public or it will remain unknown. That’s a shame when that happens, it must be exposed. You have-to put it out there or nobody knows who’s playing and singing what. This is the only critical point about what is otherwise a pretty good song, thanks to the enhancement of her voice with a great chorus, and some vocal mixing dynamics that also help it contain sonic value. It’s good stuff. But where this artist goes from here, your guess is as good as mine.