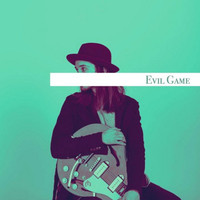 Carter Lou and the Project have quite the story to be told. “Evil Game”, is their latest and newest song that happens to be about something all of us can relate too. An ex of course, this being the case for Carter Lou, for this song details about that moment Carter had seen an ex for who they really were and how they truly made him feel. Which was depressed, insecure, and degraded human being. They were a person that all of his family and friends had always mentioned not being fond of but he would ignore their warnings time after time. Don’t we all when we are in love? Think so then regret it in the long run as Carter says here. He goes further into saying that this song is him standing up for himself, telling himself that he deserves better than being in a mentally abusive relationship.

Which as it turns out how and why “Evil Game” was made and came about. The song itself having a true and real meaning behind it, makes it stand out on its own for the most part. For the other part it is another one of those songs that takes the rock approach, it being well crafted, rounded, and overall a good sounding piece of art. It is heavy when it needs to be, has groovy riffs and licks of the guitar, with drum and bass lines to bring it home. Vocalization wise Carter has got a style that is truly rock n’ roll. He is upbeat, has got an edgy vibe going for him, that makes this song that more hardcore.

“Evil Game”, as a track though is really good, has very meaningful lyrics with superb vocals and instrumentals, that makes it become a track you could relate to in more ways than just one. It just has a lot to offer the listener. Such lyrical content that all can relate too when it comes to a relationship, love life, and an ex or even current partner dealing with issues of some sort. We have all been there, that is why and how this song means for so many people who hear it.

Carter’s tale of how this song came to be is very insightful. Cannot express that enough about this song’s meaning. Guess it is due to maybe dealing with some issues in my own past love lives but again have we not all been there ourselves in some point and time? You may feel bad and not want to admit it, but it is really okay to do so. The song’s music portions are again done very well. It is rock music that sounds so darn right.

It is one of those easy listening types of songs. It can speak to you instantly when hearing it. It will likely become a timeless classic of a tune. For it has so much going for it, that this band may have had its troubles but they have stood beyond that time. They are here standing tall and proud, and will likely become the next big thing to come out of rock music.