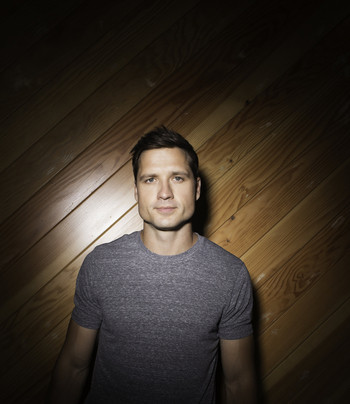 Singer/Songwriter and Monument recording artist Walker Hayes is top 5 most added at Country radio today with his reactive, new single “You Broke Up With Me.” The song is “already making waves with fans” (The Boot) with over 60,000 tracks downloaded and streaming figures surpassing 10 million. His fresh style differentiates him from others as he continues “writing super specific conversational autobiographical songs and delivering them in a way that feels intimate,” shares NPR World Café’s Jewly Hight. Hayes co-wrote the single with Thomas Archer and Kylie Sackley, and GRAMMY Award winning producer/songwriter, Shane McAnally, produced it.

“I can’t describe how pumped we are to be giving ‘You Broke Up With Me’ to Country radio. The early support we’ve received on this song is ridiculous,” says Hayes. “I’m so humbled by the early love we’ve gotten from so many stations and their fans. I can say this now: this whole journey has just been incredible.”