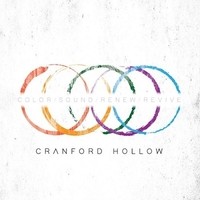 “Dark Turns” might be the finest song on Cranford Hollow’s new album and it is an instrumental. Don’t let this mislead you. This is likely the South Carolina based five piece’s finest album yet and the quality is so outstanding that the sole instrumental, a relatively surprising move in and of itself, ranks among the best tracks on an overall exceptional album when typically such efforts are filler. There’s no filler on Color/Sound/Renew/Revive. Cranford Hollow has been working at this long enough that they’ve perfected a way of tapping into their artistic vision each time out without any obstruction. The eight songs on this release are astonishingly full and the development of the release takes some surprising turns before reaching the end. This is the sound of a band working at or near the peak of their powers.

“Songfield” is a highly evocative opener embodying many of the aforementioned qualities. The layered but never foolishly elaborate arrangement allows each instrument space and opportunity to breathe while John Cranford’s vocal comes rumbling out of the mix like a weathered survivor of some long war. His singing might strike some as an affectation, something quite deliberately recalling other singers like Tom Waits, but listen to his phrasing – this is just some bucket of blood rustic belly growl. There’s a great deal of sensitivity and nuance in what Cranford does with his voice. “Long Shadows” makes greater use of the additional voices in the band and it gives the song a bit more an accessible feel. The more traditional aspects of the song strengthen that effect as well. The tracks on Color/Sound/Renew/Revive invariably land in two camps – individualistic takes on traditional music that shows faithfulness and knowledge of Americana forms like classic country and bluegrass or else it opts for intelligently crafted adult-oriented rock tracks utilizing unusual instrumentation.

“Bury It Down” definitely falls in the former camp. The acoustic guitars driving the bulk of the track have an impressively full sound while the vocals, once again, shine. “North” is one of the album’s nods towards mixing genres and its slow, dramatically methodical build makes its social conscious lyrical content all the more impactful. It also sports another of Cranford’s fine singing performances. “Dark Turns” is the album’s penultimate number and choosing an instrumental for this slot is an odd, but inspired, move. As stated earlier, it’s one of the album’s finest moments thanks to an absolutely hyper-charged performance from the entire band. “Swing” seems almost anti-climatic, but this is one of the more emotionally affecting pieces on Color/Sound/Renew/Revive and brings the release to a close with welcome gentleness. Cranford Hollow has succeeded in carving out a distinct niche for themselves both as a live act and one of the more talented outfits working within the Americana musical spectrum today. This release shows what forward thinking musicians and superior writers can accomplish with presumably limited or dated forms; these songs teem with possibility.