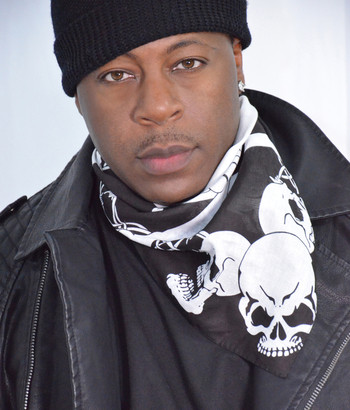 ETCETERA, The multi-award winning recording artist has returned with a new single, label and projects that continuing to change the game.

It is no surprise that artist ETCETERA has done it again by pushing the musical envelope. Building on the implausible success of his last album “Character” he has grown as an artist and now a producer. His talents are not limited to rapping but now he has his hands in film production. Recently he took part in the independent film “Paying Mr. McGetty” starring actor / stuntman R. Marcos Taylor (“Straight Outta Compton” and “Baby Rider”). Etcetera inked the deal to be the music supervisor and executive producer for the film and soundtrack.

The soundtrack features cuts from his efficacious album “Character” which was stamped by Skope magazine in 2015 to be compared to the Hip Hop Classic, The MisEducation of Lauryn Hill and other superstars like Grammy Producers Haskel Jackson and Francion Corbett, Grammy Writer and Director Shanelle Red (Writerz Rumble), Super star Recording Artist Kaya Jones (Pussy Cats Dolls), Tony Williams, Kanye West and more.

He is also working with producer / director Frank Calo on the test pilot “Kelly’s Corner” starring superstar comedian Gerald Kelly which is a cross between “Seinfeld” and “Sanford & Son”. It is an ode to the classic family oriented TV show. Etcetera has to date proven he is multi-talented and can adapt to any situation by still keep true to himself. From the beginning of his musical journey he has always been someone who likes to give back to his community. He has offered his time and advice to the youth in a large portion of is native stomping grounds, Crown Heights, Brooklyn and all around New York City.

Currently, his new single “Keep It 100” featuring vocals by R&B singer Tory Lanez is due to make heads spin. The single was debuted by superstar comedian and host of the TV One hit show “The Game Of Dating” Tony Rock on DJ NINA9’s Sirius XM’s show, Hip Hop Nation. At first Etcetera did not know that Tory’s vocals were even part of the project till he received the contract.

“The beat was brokered through a producer and his licensing beat company to be used for a mixtape song or for the film soundtrack, I never believed that the vocals were Tory Lanez until I got the contract, I just thought it was a dope track. When I played it for my manager he said “This is Hot” then he gave it to Tony and he took it up to Sirius XM’s Hip Hop Nation and gave it to DJ Nina 9 and it just went Bonkers after that and turned into something bigger.”

Etcetera is now recording his next album and thus far his first recruit will be his co-executive producer Francion “Fran AM” Corbett. Francion is a musical virtuoso with the tracks and one of the initial reasons for the success of the album “Character”. Also on his agenda Etcetera will be collaborating with producers like Brooklyn’s own Jay King, Grammy Producer Haskel Jackson, Grammy writer and singer Jonathan Jennings, Singer and song-writer Tara Jamelle Jones, Super star singer Kaya Jones (Pussy Cat Dolls) and Reggae Prince Kemmikal just for starters.

The new single was released on May 1, 2017 to a huge fanfare. Etcetera with the help of his manger David Ash has created the next power label… WorldWide Music Group and has inked a joint affiliation with INGroove which all falls under the music powerhouse company Universal Music Group.

Along with the enormous radio campaign and interviews that Etcetera is doing he is now gearing up to tour and promote the new projects. So far radio has been good to Etcetera he has locked in local appearances on FLO Empire Radio shows with The Saturday Morning Wake Show and the Hero Head Quarters, The G spot with DJ Evil and DJ Sky. In addition he also appeared on the DTFs show with FM1 and DJ Uncle Tone then Sirius XM’s Hip Hop Nation with Nina 9 and iHeart Radio. It is no wonder that ETCETERA is becoming a sort after artist within the Hip Hop world. Look out for the single “Keep It 100” on iTunes and wherever music is sold or you can go to – http://www.iametcetera.com – and click the music icons to purchase the single.