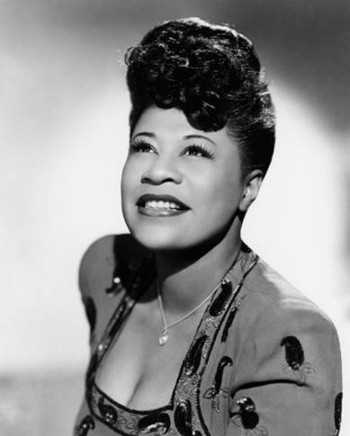 On the 65th floor at the iconic Rainbow Room, with an expansive view of the city where Ella Fitzgerald got her first big break and performed her last public concert, the singer’s 100th Birthday was celebrated. Verve Label Group, in partnership with the Mayor’s office, hosted a proclamation ceremony this morning to honor this beloved musical icon on her 100th birthday by naming it “Ella Fitzgerald Day,” in New York City. 19-time Grammy winner Tony Bennett joined to acknowledge his dear friend and colleague and closed the ceremony with a rendition of “Our Love Is Here To Stay.” Vocal students from Frank Sinatra School of the Arts, which Tony Bennett founded in his hometown of Astoria, Queens, opened the Rainbow Room event appropriately with “Blue Skies,” a favorite Ella recording.

Danny Bennett, CEO and President of Verve Label Group acknowledged Ella Fitzgerald’s unique relationship with New York City where she first received public acclaim by winning Amateur Night at the Apollo Theatre in 1934 and performing her last public concert at Carnegie Hall in 1991. Danny Bennett commented, “A year ago, I was asked to take over at the helm of Verve which was founded by Ella’s longtime manager Norman Granz, who created Verve Records in 1955 to provide a nurturing and supportive home for Ella’s recording career but also to foster jazz artists and this great American-born musical genre. I am truly humbled to now be the keeper of the flame and contributing to shine a well-deserved light on artists of the magnitude of Ella Fitzgerald.”