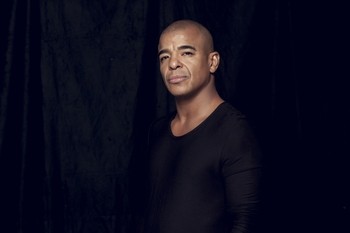 Erick Morillo unveils his official music video for his latest single, “No End” featuring vocalist Kylee Katch. Directed by the Andrew Cole and John Hafner, the music video involves the story of an alien-like woman that appears with a mission to bring back a package. She travels from the desert to downtown Los Angeles where she finds her destination and disappears into smoke. The “No End” music video evokes deep emotions, developing more so like a story than just a compilation of energetic visuals.

With his interest in DJing sparked at an early age, superstar producer Erick Morillo stands as a platinum-selling artist with globally chart-topping releases including “Reach,” “Believe,” “Do What You Want” and “I Feel Love.” Raised on an eclectic variety of musical interests including Latin, reggae and hip-hop, these influences shined prominently throughout his 90s dance hit “I Like To Move It” under the moniker Reel 2 Real. Relaunching his Subliminal Records imprint last year, Morillo has continuously released a bevy of new material, including collaborations with producers Eli & Fur and Eddie Thoneick, vocalist Angel Taylor and more. Last year also saw Morillo perform at the famed closing of Space in Ibiza, where he helped send off the legendary venue alongside Carl Cox, Anja Schneider, Tale Of Us and more.