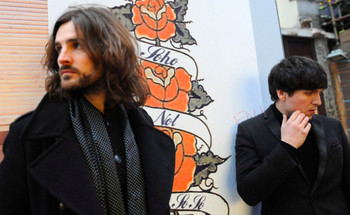 Two friends Darren Morrissey and Greg Marshall busk outside the bank, two friends play local bars, two friends get scouted by The Magic Numbers in said local bar in Kilburn, two friends release debut album “And So It Began”… and so, it began.

After hauling from Dublin to London the band were seen ascending from Camden bars to Trafalgar Square with their debut album. Now the acoustic duo are back and ready to make an impact with their second album – featuring new single “She’s Got Love”.

“She’s Got Love” was picked up as Record Of The Day last week, calling it ‘a proper solid indie guitar anthem’, stuffed with uplifting harmonies with Radio 1 Ireland soon following suit, naming the single Record Of The Week.