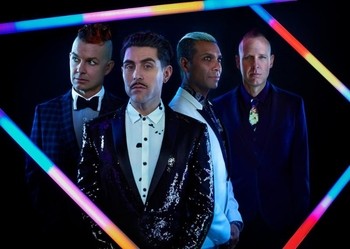 DREAMCAR today shared the official music video for “Kill For Candy”, the lead single off their debut self-titled album, due out May 12 via Columbia Records. Shot using an innovative wearable camera, the POV style clip allows the viewer to experience a day in the life of DREAMCAR, through the eyes of the band’s four members. Directed by Frank Borin, the music video for “Kill For Candy” premiered this morning on Vevo.