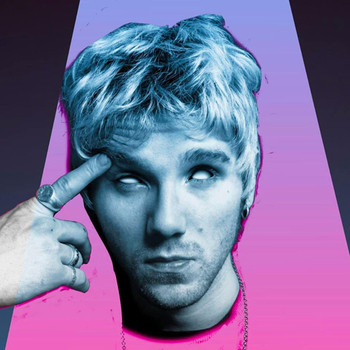 Having made a triumphant return with new single, ‘Ballad of Black & White’ released on Ignition Records, Darlia reveal the video to accompany the track ahead of their sold out show at London’s Camden Assembly tomorrow March 29th.

It’s been a long two years for Nathan Day and Darlia. After a string of heart-bursting singles and bruised rock brilliance they released ‘mini-album’ ‘Petals’, a swirling melee of ’90s grunge, rampant melodicism and high-voltage noise… but although it felt like a summation of kinds, the glorious crown that capped off a spell of acclaimed releases and live-wire performances it was far from the end game. ‘Petals’ was a prologue.

‘Ballad Of Black & White’ is Darlia’s comeback after too long away, and it’s a mighty return to form (and then some) with all the ingredients for a potent summer banger. It’s seriously big, with vibrant hooks and a chorus destined for cider-soaked festival beltalongs. Nathan knew that power from day one: “I’ve got early demos from when I was 16 but I decided not to get fully into it at that time because I knew I wanted it for later… When I finished up Petals it felt right to tackle it. It’s quite mad… there’s loads of shit going on.”