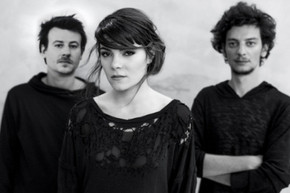 The EP comprises the 2014 version plus the 4 new jams, which include lead single, ‘Anima’ and three remixes made by Romanian fellow artist Liar (‘Sudden Acts’), the British’s Officers (‘Disappearance’) and new Parisian producer Dream Hacker (‘Collide’).