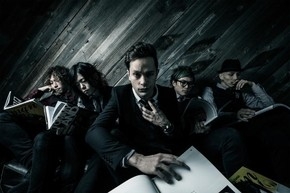 Hopeless Records is thrilled to announce the signing of Nagoya, Japan rock band, coldrain. Fans can now watch the music video for their song “The Revelation” on the official Hopeless Records YouTube channel here: http://bit.ly/Q5SGlv

The song can also be purchased now on iTUNES here: http://bit.ly/1htd5N7

Formed in 2007 in Japan, five members of two local bands decided to come together and become more than just local. Composed of lead vocalist Masato, bassist RxYxO (Ryo), drummer Katsuma, and guitarists Y.K.C (Yokochi) and Sugi. Shortly after forming, the band set off for their first tour and played in 30 venues across Japan.