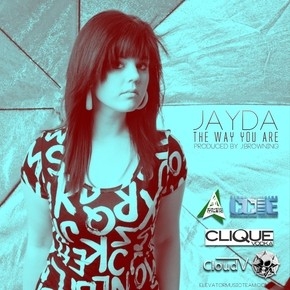 Jayda a 25 year old singer/song writer has recently released a brand new single titled “The Way You Are”. The track showcases her dynamic voice and also portraits a bright and colourful future for the singer. Jayda has made a name for herself online via YouTube, by singing cover versions of many popular songs released by many musicians, bands and artists. Influenced by the likes of Beyonce and Christina Aguilera, Jayda has been improving her skills as a song writer and the dedication shows in the final result of the new single. The new album will be titled “Nothing But Me” and will be entirely be produced by Elevator Music Team producer and CEO James Browning.