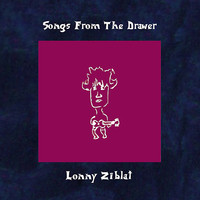 Born in Argentina, raised in Israel, Lionel Ziblat now lives in The Netherlands. His eclectic tastes and versatile compositions are befitting of such a heterogeneous background.

This background is also strongly musical. Ziblat’s father was an Argentine rocker; his mother, a classically-trained pianist. Both genres are found on his album, Songs from the Drawer.

There is a striking .difference between the subdued track 1, “How Far is Leiden,” and track 2, “The Ska is the Limit,” which evokes a carnival atmosphere with its contagious funk and instrumental exuberance.

The third tune features a return to acoustic subtleties, and truly gentle beginnings are found on the ensuing song, “If I Were a Tree” – a piece that would lurk on the fringes of gloom, were it not for a presence of humor.

It is not surprising that Ziblat has composed for the theatre; “My Little Quality” is a suitable song for such a venue. Slow but unpredictable, this piano piece brings elements of the strange and haunting; similarities exist between this composition and part of the legendary “Moonlight Sonata” (both pieces possibly end on the same exact note). “My Little Quality” stirs up images of a foggy night’s excursion, where things might get eerie.

“Tomorrow” and “Black Hill” might be the most radio-friendly pieces. They also have the potential to appear on a popular film soundtrack, as both songs are eminently accessible while still retaining individual character. Likely the best track for vocals, “Tomorrow” also provides surprising solos: one via synthesizer, the other with guitar.

“Black Hill” has some lyrical verve: “Now my friends, I’m heading for the mountains. The hilltops showed me more than you can see…the highest peak, that’s where I want to be.”

Is this a literal mountain peak? Something chemically-induced? A spiritual high? Or perhaps a musical high? Open to conjecture. But there is a clear wish for something beyond the day’s routine: “Now I’m on the top, and more is calling.”

“Stel,” the twelfth and final track, is a bit peculiar. First reason: the piano can change directions on a dime. Second reason: the vocals are in a foreign tongue; though English-only listeners would be unable to comprehend a single lyric, one divines some hopeful skepticism with a touch of humor.

Father’s Rock and Mother’s Classical have found harmonious coexistence in Ziblat’s Songs from the Drawer.