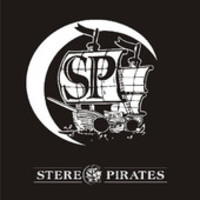 Newsflash: Deep from the depths of the Twin Cities arises a 5 headed beast known as Stereo Pirates. Stereo Pirates just released   their debut self titled CD in 2012. ARRRRRRRRRR

I always listen to the opening track extremely carefully. It’s the opening track the artists has selected to hit your ears first and foremost. The opening track “Crooked Smile” sets the stage perfectly for a CD like this. It was a great intro piece that stuck in my head and had me eager for what lied ahead. All in all the whole CD is brilliantly delivered with a richly woven rock textures and songs that have serious staying power. Music will remind you of Big Talk, Keane, White Lies, Mark Stoermer, The Killers and a few others I can’t think of at the moment. To be honest I can’t say enough about this bands signature sound. Their bio describes it best: “The album reminds us how records use to be made. It captures a very pure and organic sound.” They have a raw sound that favors a 60’s pop meets new age alt-rock feel. They also remind me of a variety of bands from NY’s post punk revival and the days of the British invasion.” I’ve never heard a band skillfully combine so many generas into one unique sound.   The songs that stuck with me the most were Fall Back Man, Crocked Smile and Take Me Home.

My only negative comment — I Feel the CD attempts to be too many things at one time.   There are poppy moments, hard rock moments, sing songy moments and R&B, Punk-ish moments. Because of this CD has a slight case of genera identity crisis. I would advise the band to narrow their sound a bit further. This doesn’t mean the CD isn’t impressive because it is.

If there was one word I would use to describe Stereo Pirates it would be diversified. This CD will simply make your day more entertaining, but beware Stereo Pirates are one band not so easily pinned down during the first listen. In close “Stereo Pirates” deliver the goods — weather done legally or smuggled into your heart.

Music can be Purchased at I-TUNES
http://itunes.apple.com/us/album/stereo-pirates/id504667163