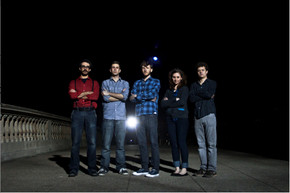 Boston has always been indie rock’s best-kept secret. Launching the careers of acclaimed artists such as The Lemonheads, Guster, and The Hush Now, you never know which band will break next. Well, look no further!….Meet COWGILL, one of the more brilliant groups to grace your ears in recent memory.

Formed in June 2011, COWGILL is the perfect combination of indie rock and folk rock, recommended if you like The Decemberists, The Shins, Fleet Foxes, Dr. Dog and The Airborne Toxic Event – combined with the catchy hooks and melodies of The Beatles. With the release of their debut single, “Plans,” the group is ready to take on the world with guitar, mandolin(?), and trombone(!) in hand as they fight for the hearts of music fans.