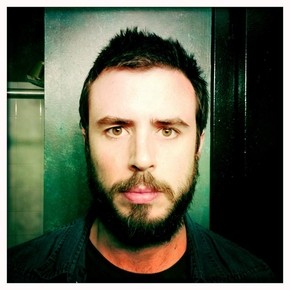 Singer-songwriter Justin Jones will release his fourth full-length studio album, Fading Light, on May 8th via 9:30 Records.   The album was produced by Jamie Candiloro (Ryan Adams, R.E.M., PJ Olsson) and recorded at White Star Sound, a private state-of-the-art recording facility located on a historic farm outside of Charlottesville, VA.   Current tour dates are listed below and a tour of the Northeastern states will be announced shortly.

With songs ranging from alt-country to full-blown rock, Justin Jones’ strong, gritty vocals will undeniably grab your attention from the first listen of Fading Light.   The Washington Post described his voice to be “…like Dave Grohl when at full throttle…and Townes Van Zandt when at ease.”   Rocking tracks like “Miracle” and “I Can Feel It” are road-trip ready, while Jones bares his soul in the mid-tempo anthem “As It Turns Out,” and shows his knack for true Americana ballads on “Racine” and “Christmas Night.”