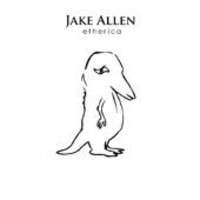 When quality & precision clash head on you get ‘Etherica’.   Jake Allen is his name and making dark times sound so wonderful is his game.   The idea behind the new record was originally supposed to be based on dreams but instead Jake is left with a harsh reality.

This singer/songwriter from Michigan started recording tracks at just six years old plus was working on his debut album at just 13!   Obviously Allen was a music enthusiast at an extremely young age and for the most part always a happy-going person.   It wasn’t until recently in 2009 when Jake was surprisingly hit with an overwhelming feeling of being lost and confused.   Jake himself called this time in his life “an involuntary ego death” which links up to a medical term known as depersonalization.   He and a friend jokingly came up with “the thing” for his sudden condition that produced some gloomy times for Jake Allen.   Talk about something so intensely negative and turning it into something so positive as Jake discovered an effectively healthy outlet.   Allen’s therapy came by way of writing, playing & recording songs which gave way to some of the most creative material he’s ever written.   The world around him and his life was finally brightening up thanks to music.   Out of this comes 12 tracks that examines Jake’s struggle to deal with his condition but in the end he conquers it all.   Bear witness to one incredible journey that is both spiritual & enlightening in nature on ‘Etherica’.   Mr. Allen is now ready to enrich your lives through his complete acceptance & understanding of “the thing”.

The disc starts up with a song titled “Ascension” that is musically appealing as it moves and moves you all at the same time.   Next up on “Open Space” you get a cool and free-flowing sensation with nice ‘n’ crisp vocals.   Jake’s vocal performance really impressed me throughout the album because his voice has a direct & distinct vulnerability to it that really draws a listener in.   On track three “Dinosaur” I simply loved the all-out rock feel here complete with “Dy-no-mite!” guitar and drums.   Just as a dinosaur was a massive creature, this number is equally powerful in terms of substance.   That rocked out atmosphere pops up again like on the song “Fix Me Professor” where you hear awesome guitar playing and off-the-charts energy!   This kid can play a mean guitar and he proves it on ‘Etherica’.   It’s not all rock though by any means as Jake gives you a track like “Autumnal” that plays like a short but sweet dream.   On the title track Allen brings it down to a soft ‘n’ easy mode with emotionally-drenched lyrics & vocals thrown in for good measure.   On “The Ransom” you get to hear a pleasant harmony that really entices you and keeps you involved.

The mix of songs here came across as very rewarding & therapeutic not just for Jake but also for the audience.   This record still could be considered a dream-inspired world full of real life thoughts & feelings hiding around every corner.   I’m just glad Jake Allen found his way back to give us ‘Etherica’; I’m a grateful fan!