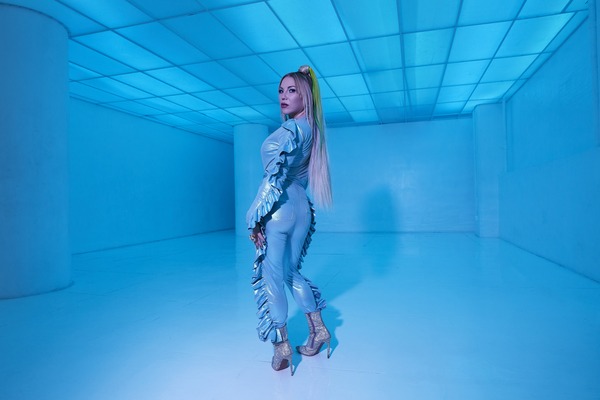 Other clothes might look better, but nothing feels better than wearing a boyfriend shirt. Spending a day in your partner’s clothing — or just pressing it close to your face — can be remarkably intimate. It can also make those hours apart a little easier to bear. The boyfriend shirt has been alluded to in other pop songs. Nobody has stepped into the wardrobe with the same confidence or glee as Jasmine Crowe has on “The Shirt Song,” her latest single. The Encino, California singer-songwriter captures the boyfriend shirt experience down to the last thread: the warmth, the longing, the flashes of memory and desire, and the pure comfort concealed under those buttons.

A song like that must be as sweet, welcoming, and toasty as a cotton top fresh from the dryer. Jasmine Crowe and her team have delivered just this: an acoustic pop singalong decorated with glossy violin, silky backing vocals, and an irresistibly danceable beat. As she always does, she sings beautifully, conversationally: she teases a little, cajoles a little, and draws the listener in verse by verse and line by line. By the time she’s finished, you’ll feel like you know her.

Maybe you already do. “The Shirt Song” is just the latest in a string of delightful singles by the artist. Clubgoers will surely remember the electrifying “Chess Game,” the burner that lit up the discos in 2019 and charted on Billboard “Dance.” Symptoms, her rich and varied debut set, demonstrated that she’s as good at extending musical ideas over the course of a full-length album as she is when she’s crafting single songs. She’ll prove it all over again — and raise the stakes considerably — when Lovesick, her follow-up, drops later this year.

Part of the secret to Jasmine Crowe’s success has been her consistency. From the beginning of her career, she’s been refining her sound, her image, and her visual approach — and she’s had help from her video director. “The Shirt Song” is the eighth clip that Jeremy Eichenbaum has made for the pop star, and as great as his past videos have been, he’s never captured her distinctive mixture of playfulness, mischievousness, and sex appeal as he does here. “The Shirt Song” is one long flirtation: a record of a secret visitation of the most provocative kind, done with an adorable pet dog as an accomplice. It’s a love letter from the artist to her beloved — and maybe to her audience, too.