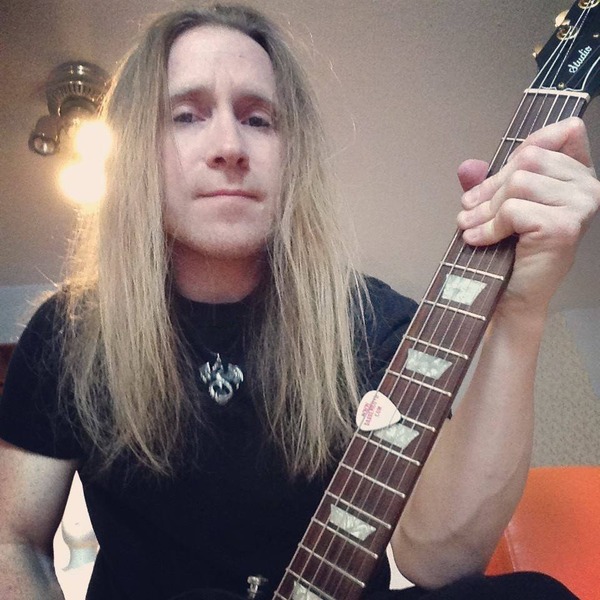 I recently had the pleasure of listening to the amazing Thoughts & Scares, the new full-length album from guitar guru Darren Michael Boyd, before its upcoming release date this January, and while unsure of what to expect – as instrumental records are often more unpredictable than your garden variety rock albums are – I came with an open mind and took away a more than fulfilling experience I think other rockers might want to check out for themselves.

I’m a big fan of experimental music, from post-rock to more elaborate examples like chamber pop, free jazz, and occasionally noise music, and I usually consider myself to have a very broad palate when it comes to LPs that think outside of the box. While I get the vibe from Darren Michael Boyd that he is not trying to record something quite as abstract and harsh as some of his more abrasive contemporaries in and outside of the American underground have been in the last couple of years, Thoughts & Scares is nonetheless just as thought-provoking when it counts for something.

The resistance of the bottom end against the relentless assault of drums and spinning string arrangements that simulate a brisk wind in the title cut, “A Waste of a Good Sadness,” and the shaking “Abusement Park” is enough to make someone entirely forget that they’re listening to a record rather than seeing the real thing live. I love the brash love of guitar excess that Darren Michael Boyd shares with us on Thoughts & Scares, particularly in a song like “Broken Glass and Disappointment,” and “Toad Rage,” which impressively play as smooth and enthralling as any classical music I’ve heard lately.

When listening to a piece like this one, I was left to ponder a couple of things. Was the title of this record the result of Boyd pouring countless hours of work, blood, and sweat into his songwriting, slaving over a soundboard in the studio, analyzing every note and escaping sound until he realized that he was basking in a litany of thoughts and scares as vivid as what he would see in his nightmares? Or was he trying to deliberately encourage us to analyze our dreams, fears, and perhaps even the relationship our emotions have with music as physical as this? In documents of madness and surrealism the same, we find symmetry amidst “Kickintheballs” and “Slow Dancing with Death” which is far too uncommon in rock today – and it makes me all the more curious to hear what this thought-provoking artist is going to churn out next.

The overwhelming theme hanging over all of these questions and inward searching that Thoughts & Scares inspires is simple; some emotions and questions have no means of being expressed outside of instrumental output. Here, the notation is the lyric, and the harmonies between the guitar and bassline are the voices chiding the feebleness of complete silence. There is something rather divine about music that speaks to our soul without any assistance of a poet, and Darren Michael Boyd has flawlessly created an impeccable demonstration of just what music can accomplish when it’s given a platform unshared with the vanity of a singer.