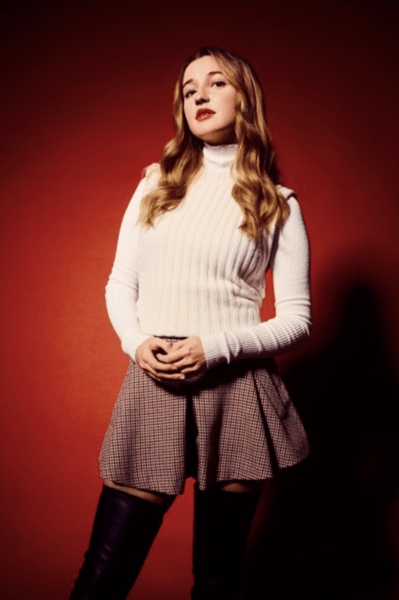 Gina Naomi Baez is an actress, singer/songwriter, YouTuber and influencer from New York City. Her love and passion for songwriting and music has always been the true driving force behind her creativity, with the artist using her platform to spread messages of positivity.

Sunnsetter Shares “Float In Circles” Single + Video via Under the Radar

L.A. Project is an international melodic metal/rock effort that was started by Luis Amaro during the pandemic. In order to bring his ideas to life, he recruited drummer Fábio Alessandrini (Annihilator, Bonfire), bassist Rich Gray (Annihilator, Aeon Zen), and vocalist Lukky Sparxx (Exxocet). In April, Amaro released L.A. Project’s debut EP “5 Dimensions” and is now following it up with a fresh new single “Carry On”.

With over 15 million streams across all platforms under his belt, Vancouver musician Kuba Oms returns to his Soul/R&B roots with his new single ‘None Of Us Are Free’ out now on all DSPs. Listen here.

“This is my cover of the old Solomon Burke song None Of Us Are Free,” says Kuba. “It’s my first ever recorded cover, and we strived to be as authentic as possible during the recording process, really going for an early ’70s soul sound. I chose this song as the lyrics resonated deeply with me as there is so much suffering in the world, and this song can bring awareness to the power of empathy and compassion.”

The track premiered via Under The Radar Magazine who noted, “The band brings forth an irresistibly breezy energy, carried by chugging rhythms, syncopated strikes of guitar, and danceable bass grooves. The results feel endlessly sweet, combining jangly indie guitars with the sharp pop instincts of ’70s AOR rock.”

Alongside the announcement of the new album and on sale pre-order, Lana today releases title track ‘Did You Know That There’s A Tunnel Under Ocean Blvd’ written by Lana Del Rey and Mike Hermosa and produced by Lana Del Rey, Jack Antonoff, Drew Erickson and Zach Dawes. The new track is accompanied by a visualiser, which can be found on all participating partners.

Peep the new video, “Nothing Matters”, featuring Craig G & Masta Ace of the Legendary Juice Crew and Kia Jeffries (Put It In Your Mouth), who provides the beautiful vocals for the chorus. Directed perfectly by Box Visuals.

The French quartet TIME ZERO was formed in 2011 with the ambition to focus on their own creations. On voice and guitar, Dominique, and Yannik, on drums, support the next generation, in this case their sons Raphaël and Yann, guitarist and bassist. A family story that creates a magical osmosis.

Singer, songwriter, and multi-instrumentalist Stacey Ryan wraps up a breakthrough year with the announcement of her support slot on Jake Wesley Rogers’ upcoming North American tour. The Peace Love & Pluto tour kicks off in Tampa, Florida on February 24th making stops in LA, Chicago, NY, and more before wrapping in Nashville on April 12th.