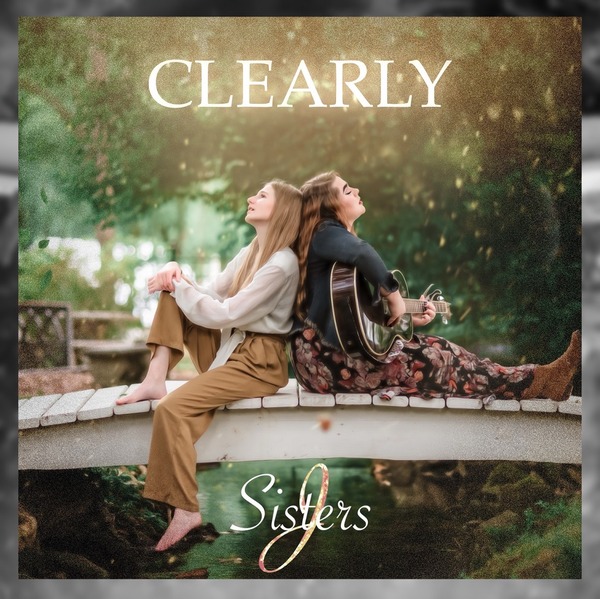 They say that first impressions are everything, and when I first came across the alternative pop duo known as Sisters J, I couldn’t help but be curiously intrigued by the regal nature of their moniker. I know that it’s silly to judge a book by its cover, but in a day and age where artists have reduced themselves to using emojis and monetary symbols in their song titles, you’ve got to respect a band that is keeping their creative approach on the ground level. One thing that can’t be grounded though is the level of talent that Sisters J pack in their brand new single “Clearly,” which has been rocketing through the pop lexicon this autumn and making an impact usually reserved for music’s most elite veterans of the studio. The lyrics of Clearly are taken to new heights under the great music mastering of Ted “Theo” Perlman.

“Clearly” starts up with an imagistic tone bigger than lyricism, setting itself up as a rollicking electro-pop ballad that is driven by a sensuous yet bittersweet melody that elegantly sets the tone for the entire record. Sisters J is masters at capturing their audience’s attention, and whether you’re a big indie pop fan or not, it’s impossible to deny how rhythmically catchy this band’s hooks can be. The energy never dies down for a second, instead intensifying as each verse marches out of the silence and presents a different side of the band for us to examine and appreciate. Their music is deeply introspective but never digresses into an elegiac territory, which is something that has plagued a lot of their closest competitors.

Sisters J is, for the most part, fueled by a sense of optimism and joy in their music that leaves little room for angst or regret, but in a song as multidimensional as this one is, we see that they know how to get dark and gritty when they have to. That’s the thing about this band, and a lot of emerging indie artists that I’ve reviewed this year; their biggest fear isn’t failing commercially or critically, it’s being one-dimensional, predictable, or too similar to their forerunners to differentiate. The difference with Sisters J is that they’re doing everything right, which is all the more noteworthy considering the short amount of time that they’ve been working together.

For just being a rather simple single that only hints at the provocative ambitions this duo is working with at the moment, “Clearly” has the sprawling, open-ended feel of a full-length LP’s lead single. Sisters J have discovered a way to utilize sonic space better than anyone else in the game right now, and while there will be plenty of artists who try and imitate their approach to songwriting, it’s hard to imagine anyone delivering the kind of performance that they did with this single. I highly recommend that fans of pop music check out “Clearly” when they have the opportunity this fall and hear who a lot of critics in America can’t stop talking about. There are a lot of bands making a statement in 2022, but I don’t think any of them have left the artistic crater that these two have.