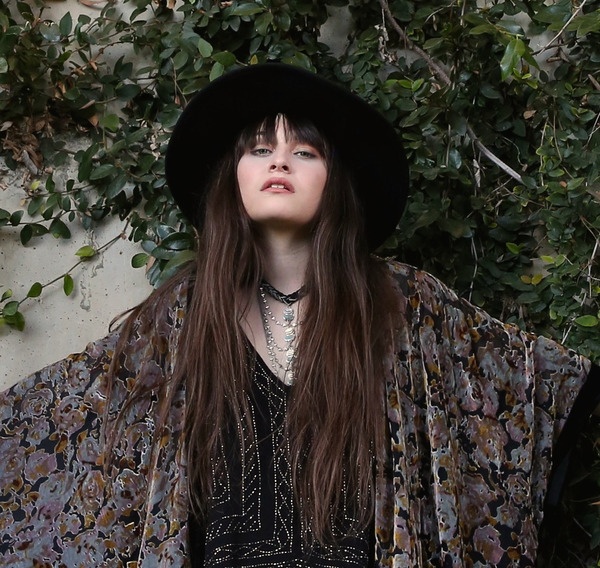 If you really want to put on a show, you can’t be afraid to go over the top. Pound the drums as hard as possible, make the six-string squeal, and write about big emotions in bold, colorful language. If you’re going to sing, you’ve got to make sure everybody can hear you. That’s never been a problem for Gabriela, possessor of one of the mightiest voices in the business. On “Most Wanted,” her latest single, she doesn’t merely reach notes — and emotional territory — that most singers never could. She performs with absolute confidence, tremendous skill, and the unshakable conviction that every measure and line is an opportunity to thrill the listener.

She’s had plenty of experience with that. Gabriela sings with the Trans-Siberian Orchestra, specialists in dramatic seasonal entertainment and purveyors of symphonic grandeur and rock crunch. To compete with that battery of strings, horns, and wailing guitars, a vocalist must cultivate power and presence. Gabriela applies what she’s learned to her sensational solo work: songs that share the cinematic force of the Trans-Siberian Orchestra but fit perfectly on a contemporary playlist. “Most Wanted” splits the difference between modern pop-punk and ’80s glam rock, and Gabriela blows through the track like a summer storm. With every chorus, and every line, she pushes harder and soars higher; expect to be breathless by the end of the song.

To match “Most Wanted” with a video that amplifies that excitement, she’s turned to another glam-rock veteran whose flexibility and vision have been emphatically demonstrated over the past two decades. It’s hard to say whether Nuno Bettencourt is better known as the guitarist from the hard rock and glam-metal band Extreme or as Rihanna’s most reliable accomplice; regardless, he’s shown he’s an ace filmmaker, too. His clip for “Most Wanted,” directed with his partner Rene Regal, brings Gabriela back to the lo-tech era of garage-rock bands and brash attitude.

Everything in the clip is vintage — the musical instruments and the amplifiers, the fashions, the low-rise bicycles, the live presentation. Gabriela dresses the part: she’s got clips in her hair, little peach sneakers, a gummy-bear necklace, and a t-shirt advertising the Bratz dolls. She leads her suburban band through the song like a budding neighborhood rock star, and her friends are there to cheer her on. Yet there’s an intimation that this isn’t really a glimpse into a time gone by. The street looks modern, as do the cars. The message is clear: Gabriela and the gang have chosen to highlight the best and most colorful elements of the past, and they’re bringing them forward to invigorate the present.