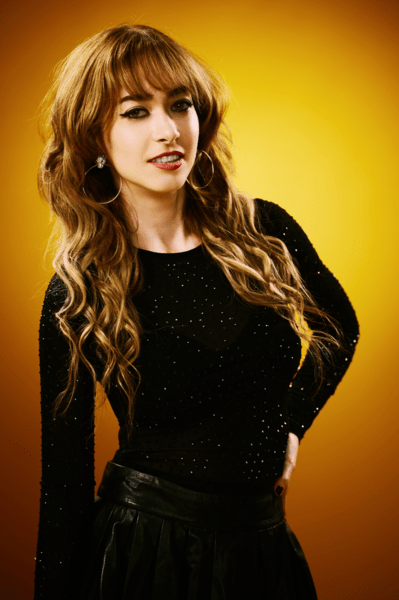 Born in NYC, Sasha Anne got her start in the industry at 13 when she started posting makeup tutorials on her YouTube channel. In 2017 she was a finalist in the Shorty Awards for her Cinderella makeup video and in 2018 she won the Audience Award for Best in Beauty for her Wonder Woman Gal Gadot makeup video as part of her Empowering Young Women campaign.

While continuing her successful YouTube channel, which now has 4 million views, Sasha moved to LA and has parlayed it into acting. Her first starring role was in the indie horror film Reed’s Point produced by Suzanne DeLaurentiis, streaming on platforms like Amazon Prime and VuDu. Sasha also has a cameo in the upcoming comedy series On All Fours starring Eric Roberts.

As a music artist, Sasha is signed to Tazmania Records and released her debut single “Catch Me I’m Falling”, a cover of the 80’s hit by Pretty Poison. The song fits in perfectly with Sasha’s upbeat personality and the music video directed by Dale Fabrigar shows up Sasha’s signature style and flair for fashion. Sasha recently recorded her second single and can’t wait to release it in the near future.

Sasha also expanded her YouTube channel and added talk show host to her extensive resume with the start of her new series The Vibe with Sasha Anne, where she covers topics in beauty, fashion, and entertainment and interviews featured guests.

On top of her love of makeup, fashion, music, and everything Disney, Sasha is passionate about being an anti-bullying advocate. Having been bullied in middle school for her dyslexia, she wants to use her influence to empower others that have been bullied.