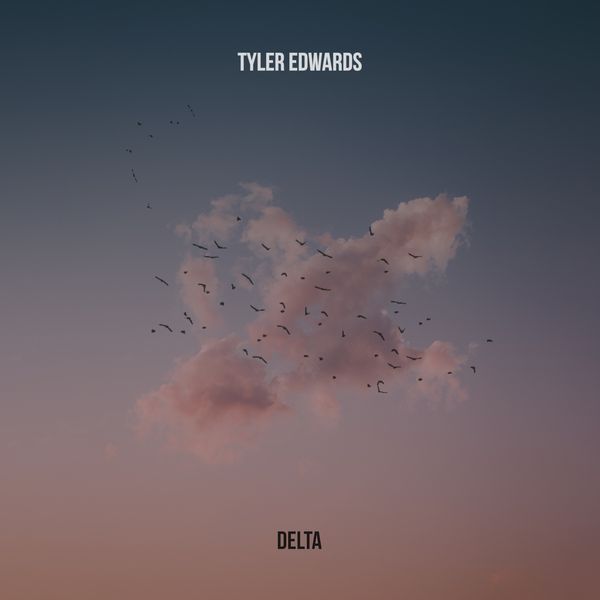 The Delta refers to 35,00 square miles of country stretching from southern Illinois to the Gulf of Mexico and includes multiple counties and millions of people. However, many times when you say, ‘The Delta,’ people think of the Mississippi Delta, the home of much great blues music and black culture. Tyler Edwards’ single, “Delta,” may be set in the south, but it is by no means bluesy, black music. Instead, it’s a gentle, thoughtful musical/lyrical meditation.

Edwards sings this track quietly, over a mostly acoustic guitar picked instrumental backing. Although acoustic, this piece is not country. In fact, it’s closer to folk music than anything else. With that said, though, one might call its sound sophisticated folk. It has a moody, atmospheric, free flowing sonic. It also has a dreamy quality running through it. Edwards sings it like an Impressionist painter: with broad, colorful and somewhat generalized strokes.

Lyrically, Edwards sings about a “beautiful bird against the wind.” One imagines this “bird” is a personification of the southern soul. A soul trying, as best as possible, to live with his/her birthplace’s troubled history. Without saying it in so many words, one surmises Edwards is singing about a land scarred with slavery’s indelible impression and the Civil War that followed thereafter.

The words to this song many times apply natural elements to tell its story. Edwards doesn’t mention anyone specific by name, nor does he even name specific places. Instead, he describes the topography as a place where great sins were committed, and where life can never ever be fully normal. There are memories that just cannot be forgotten.

One also gets the impression Edwards is speaking about himself and his personal connection to this land. He may feel as though he is far more enlightened that some of the fellow countrymen that came along before him, but he is what he is. Perhaps he even feels some responsibility for what happened in this significant region of the country. As the whole BLM movement has taught us, we all need to come to grips with America’s history. What we do about it now, is still up for debate. Nevertheless, it is a part of our everyday conversation these days. Whether that’s how this history is taught in school, or which statues should remain standing or torn down, American history is now more dynamic than it’s ever been.

Of course, none of these social movements are explicitly addressed in Edwards’ song. Instead, he sets the scene, like a movie director introducing the first frames of a film, but then allows the listener to develop his/her own plot. This leaves his songs wide open for interpretation, which is admirable. It’s tempting to want to create music that preaches, especially when an artist is passionate about some subject or other. It takes far more strength to show restraint, though, which is what Edwards has done here.

No matter how you choose to interpret Edwards’ words, tough, “Delta” is a lovely piece of music. It’s played and sung expertly and opens the door for the listener to let his/her imagination run wild. Do give this song a chance to open up your doors of perception.