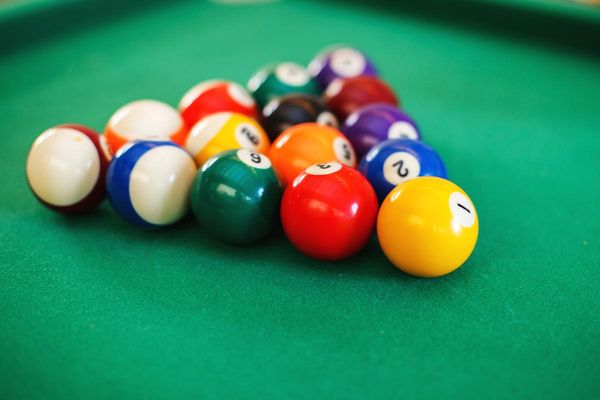 Billiards or Carom Billiards is a game of skill and one of the main kinds of cue games. The game is played on a rectangular shape table using a cue and billiard balls. Billiards was pretty famous among British Army Officers in the 1870s. However, the game has an even longer history that goes back to the 15th century. You can find the footsteps of the game in the works of Shakespeare like “let’s to billiards” in Antony and Cleopatra. Even more interesting, Mozart, Marie Antoinette, Napoleon, Abraham Lincoln, Mark Twain, and George Washington are among the enthusiasts of the sport.

In the mid-19th century, a variant of the game-Snooker- was born. Snooker is also known as English Billiards or Russian Pyramid. Although both use the same types of equipment, they differ in ball size, table size, and even rules.

Playnowpros : The main difference between snooker and billiards is the balls used to play each game. Snooker uses twenty-two balls, including a white ball known as the “striker” or “cue” ball. The rest are fifteen red balls, and one each of yellow, brown, blue, pink, black, and green. Each ball is 2 1/16 inches in diameter. On the other hand, Billiards uses only three balls: one each of white, yellow, and red. In Billiards, both the white and the yellow can act as the cue ball. The balls are 2 7/16 inches in diameter.

To most people, especially amateur players, the rectangular green table used to play snooker, billiards, and pool look identical. But the truth is that they are quite different.

The objective of billiards games is to score points, called “counts”, by bouncing one’s own cue ball off of the other two balls on the table.

In snooker, however, the games are organized into frames. You can win a frame by scoring the most points, using the cue ball to pocket the red and colored balls. The red balls are each worth one point, and the colored balls are worth:

Rules dictate which ball can be pocketed on a given turn. Balls that may be pocketed on any given turn are the “on” balls. For instance, if a red ball is pocketed, this must be followed by a colored ball, which must in turn be followed by a red ball. If the wrong ball is pocketed, this is considered a “foul” and you do not receive points for pocketing the ball.

In billiards, the white and yellow balls act as cue balls. The objective is still the same; getting the most points. You can get the points one of three ways:

To Sum It Up

Billiards game and its derivatives- snooker and pool- are quite popular all around the world and pretty fun to play. If you learn to play billiards, you can easily learn to play snooker and vice versa because both games use the same types of equipment and share similar rules. However, billiards tables are pocketless whereas snooker tables are bigger with 6 pockets. In addition, the scoring system varies between the two games, and each ball has a specific value in each game.