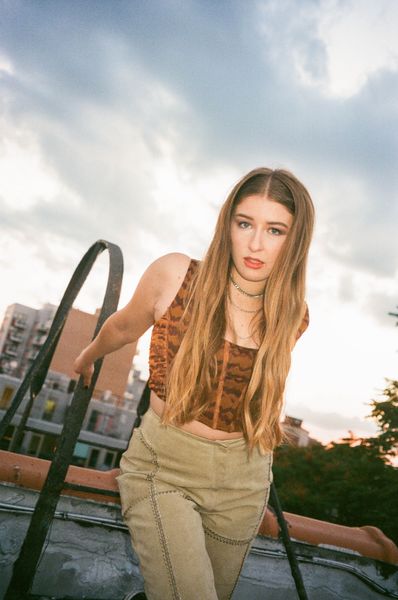 “End of the World’ is a melodic track filled with full harmonies and captivating vocals. The lyrics describe the feeling of peace, calm, & stillness that wash over you just before the apocalypse. It is the perfect anthem for the post quarantine reality we are all now living in.

Could Gowan see a Stranger Things Moment For “(You’re A) Strange Animal” from Jordan Peele’s ‘Nope’?

“How much do you play a part in your own suffering? Making this album meant killing my fantasy and stepping into my reality – I’m responsible for my own fulfillment and there’s no one else to blame for unhappiness.”

All is Allowed releases “Into the storm”, EP comes with a video for the song “As Cold As Hell”

Today, Athens’ indie-pop legends of Montreal have released their critically acclaimed new album Freewave Lucifer f<ck f^ck f>ck via Polyvinyl. In celebration, the band shared the final psychedelic-pop single “Nightsift” alongside a video and will kick off a national fall tour in September.

“End of the World’ is a melodic track filled with full harmonies and captivating vocals. The lyrics describe the feeling of peace, calm, & stillness that wash over you just before the apocalypse. It is the perfect anthem for the post quarantine reality we are all now living in.

Single Out Today from Universed

Emerging pop singer-songwriter Alexa Capelli, who MTV hailed as a “voice of a generation,” is back with the music video for her new single “Could’ve Just Left Me Alone.”

Paul Payne837 dives into pain and fear in his new song “Handle”.

“God can you handle me?” That part is me admitting and surrendering everything in God’s hands, I wanted to write a song that would make others feel they are not alone in the pain and fear that we live through in order to endure.

I love that Jesus doesn’t simply say we’ll have trials and sorrow and then leaves it to us to figure out. Instead, he promises peace and reminds us that he has overcome the world, meaning our hardships aren’t without purpose.

Seth Swirsky is a modern day Renaissance man. From the #1 songs he’s written for Taylor Dayne (“Tell it to My Heart”), Tina Turner, Celine Dion, Air Supply, Smokey Robinson, Michael McDonald, Olivia Newton-John, and others, to his 5 bestselling books on subjects ranging from baseball to self-help (21 Ways to a Happier Depression is his latest) — to his multi-award winning documentary Beatles Stories, which is currently showing on SkyArts TV in the U.K. to the gallery show of his abstract expressionist paintings in Santa Monica — Swirsky’s creativity and accomplishments, know no bounds.