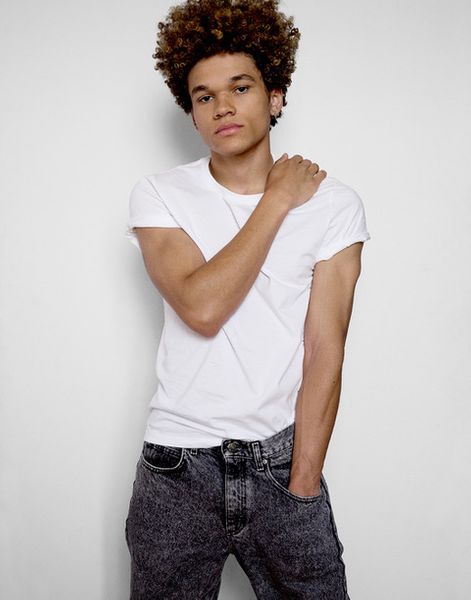 Genre-jumping Belgian trio Brutus has announced a new album Unison Life for October 21st via Sargent House. The follow-up to their breakout Nest, Unison Life is a concept of longing for a life of total peace. The album confronts the obstacles that stand in the way of a Unison Life and the acts of bravery that help to surpass the trials. Today watch the video for the first single, “Liar.” Filmed in Morocco, it’s the first narrative-driven video the band has ever done. The song acts as a bridge between Nest and Unison Life, combining the changes in the direction they’re known for with the concentrated force of the new album. “Liar” follows the previously released song “Dust” from the album.

THE KUT’s new album ‘GRIT’ gets to No.1 in the Official UK Rock & Metal charts!

The Kut’s new album “GRIT” is a story of independence, passion & purpose. From the contagious award winning “ANIMO” to the closing punk rock strides of “And 1 More…” the long-awaited sophomore oozes courage, resilience and punk rock spirit, so much so that the album has reached No.1 in the Official UK Rock & Metal Charts. It’s a knowing pep talk on following your instincts, from one of the UK’s most hotly tipped underground artists. Produced by James LeRock (Def Leppard / Skindred), The Kut leads on vocals/guitar on the album, moonlighting as drummer & bassist on two tracks, alongside her women in music collective.

Produced by Nathan Jenkins (aka Bullion) and Richard Formby, the four new tracks see Thorpe explore a deeper, and more seductive side to his song writing. Today, Hayden shares “Polygod”, and reveals the origins of the new music: “Every Piece of Dust brings into the family all of the stray songs that were written alongside Moondust For My Diamond. I think of this release as a Director’s Cut – indulging some of the choices that went unmade up until now. There’s a mini-grief that happens when you finish off and move on from a record – you almost have to say, “I’m moving on forever”. However these songs stave off execution day for sometime yet.”

Tommy Newport is known for his irresistible falsetto-steeped indie anthems, garnering a substantial buzz with his 2018 debut, Just To Be Ironic, while he was still a teenager. Following the paramount success of 2019’s Tommy Gun EP and 2021’s Ultra Mango EP and Liquid EP, Newport continues to develop his euphonious sound.

Blake commented, “acclaimed bluegrass & country songwriter, David Stewart, pitched this song to me some time ago. It’s a “positive” love song, affirming the fact that “you can count on my love for you”. As the chorus states – If the devil’s soul is black as coal, if Kentucky’s grass is blue – Just as sure as God made little green apples, I’ll be lovin’ you!”

New York’s Couch Prints are today returning with “All I Know”, another spellbinding installment of their brand of introspective, glittery dream-pop which comes alongside news of a new six-track EP, Waterfall which is out for release on September 23, 2022. The new music follows earlier singles that found support at Gorilla vs Bear, DIY, NYLON, Alt Citizen, Highclouds and more.

Melodic death metal force BRYMIR are set to release their upcoming studio album and take a stand with Voices In The Sky, to be unveiled on August 26, 2022 via Napalm Records!

Following on from the lofty air of lead single, “Sail to the Silver Sun”, Tadic dives deeper into her surreal playfulness on “Long Time”, which she says is about “longing to belong, but also
letting go of the past, and the growth that comes from that.”

“I remember being a kid and thinking about what it would be like to be an adult: The freedoms, the knowledge, and the experience. Everything about it sounded so cool, but here we are, three years away from turning 30 and I still feel like a child,” JORDY explained about the song’s inspiration. “I feel like life lately has been cycles of calling my parents begging for answers: How do taxes work? How do you jump start a car? Should I be further ahead in my career? How do I find love? The list goes on, but sometimes, they don’t even have the answers. I want to normalize this feeling of not having it ‘together’ because truthfully, nobody fully does. It’s important to remember that in moments when you’re being hard on yourself,” he added.

Treble is hosting an exclusive stream of Morphose, the second album from Québec City-based progressive/orchestral post-metal outfit CONTEMPLATOR, ahead of the LP’s release through Nefarious Industries this Friday.

Watch the video for “numb or something” from NYC’s MAYA LUCIA! New EP ‘miss girl world’ is out Aug. 19th

Garage-Pop singer-songwriter MAYA LUCIA is the queen of hearts. Spending the last 5 years bouncing between the Pacific and the Atlantic, the Minneapolis native (now in NYC) pulls from coastal DIY sounds. Her elastic vocal styling and angst-ridden lyrics effortlessly float between punk, pop, and surf-rock. Linking with current bandmates Samuel Stroup (drums) and James Duncan (bass) while living in Boston, LUCIA has established herself through punchy live shows and a magnetic stage presence.

Australian sisters Abbey and Mia and their cousin Jaymi – are excited to reveal new single “Maybelle” – another undeniably catchy folk-pop earworm, lifted from their forthcoming Call To U
nknowns EP – out August 25th on Glassnote Records.

EIHORT is a new black metal band based in London which consists of experienced musicians. “Consuming the Light” are 6 tracks written, recorded and produced between 2020 and 2021 plus a cover of the pioneers of underground extreme metal from Switzerland.

Bocholt (Belgium) based extreme metal band FEAR DISEASE have signed a licensing deal with Wormholedeath for their album “Floodgates”, due for release on September 2nd, 2022.

Syd Carter West has released “Moonshine,” a blues-rock track which depicts her journey as an artist and a reflection of her growth. Her latest single reintroduces the singer-songwriter in a new light as she transitions deeper into the rock and blues world. “The fear of disappointing others, feeling alienating and judged is something I still live with daily, so I wanted to write a song that reminds me of what joy, empowerment, and unapologetic openness feels like,” West confesses. The energetic, catchy single is available for download and streaming on digital platforms worldwide.

“We wanted a chaotic energy – something like Talking Heads meets Billy Joel,” says frontman Max Kerman. “We are learning a lot about ourselves on this record. This song is about finding a truer version of yourself – the one you’ve hid in the past. The song is searching for a kind of freedom that conventional life paths have to offer. Once we had it in good shape we sent it to our friend Lights who is the best at writing about this kind of discovery.”

Entitled “Roll With Us”, the bass heavy song explodes with elements of pop, funk and electro for a confident anthem about rising above life’s challenges and proving all the naysayers wrong. The song was produced by The Morgue (Trey Songz, Lil Yachty, Saweetie, Quavo, Rihanna). Armani further confides, “I’ve faced a lot of doubt from others throughout my life so I wanted to write a song that symbolizes a big f*ck you to the ones who said I wouldn’t accomplish what I have. I also wanted to make this song for the people who feel like outcasts that don’t necessarily ‘fit in’ to remind them that even if you haven’t found your pack just yet, you can always roll with us :)”