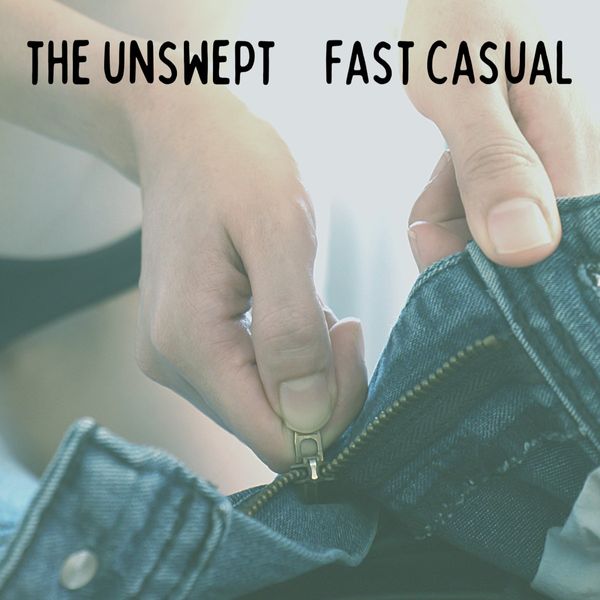 Despite being now based out of Chicago, The Unswept’s story didn’t begin in the Windy City. Their journey instead began for the O’Brien cousins in a Sheffield, England council housing project. Guitarist, vocalist, and keyboardist Charlie, pianist, violinist, singer, and bass player Liz along with drummer, guitarist, and singer Ryan logged time in several bands during those years before the trio accepted the chance to work for a major touring group.

More than ten years and three albums later, The Unswept has moved to the forefront of Chicago’s indie pop scene and commands SRO crowds at the city’s most popular live music venues. Their hyperintelligent and contagiously catchy power pop reaches a new zenith on the band’s latest collection Fast Casual without ever alienating the significant fanbase that’s supported them from the start.

Abundant echoes from the past run throughout The Unswept’s music without ever paying particular tribute to any single artist or band. The trio has, instead, subsumed their influences into their own identity to produce an unique, yet familiar, recasting of time-tested pop song formulas. They find something fresh there, however. “You Keep Me Company” is an outstanding song that transforms slice-of-life moments into performed poetry without any audible strain.

The light keyboard sound present in the first track isn’t present in its third cut. “Lucinda Luann” is another winning pop composition with Liz O’Brien’s violin practically acting as a second vocalist counterpointing her cousin Charlie’s voice. It’s an unabashed love song without ever lapsing into the cliches so often affecting that kind of material. “Something New” continues pursuing the same tempered melodic trajectory they chart in the earlier tracks and the brisk pacing gives it added pep. It’s a highlight for Ryan O’Brien’s drumming – the production achieves a FANTASTIC drum sound and several understated touches during the song are especially memorable.

“Suggestion” has a steady mid-tempo clang at its heart and the jangling guitars are pure pop rock gold. “Forget the Day”, however, raises the album to another level. The staccato rhythm guitar, intermittent slashing chords, and light theatricality of the vocal are one of the album’s songwriting and performing peaks. It’s especially tasty how the band subtly whips up the song’s momentum as we move deeper into the song. “Codependent” is a blast of straight-up rock on an album when such outright moments are scarce. The trio is quite convincing in the role and the lyrics aren’t a stretch for their audience to connect with.

Certain passages during “We’re Gonna Split” have a vocal delivery reminiscent of 20-something Lou Reed if he fronted the band. It isn’t a bad thing. There’s a lot going on in the album’s penultimate sound, but it retains the same concision defining the release as a whole. Liz O’Brien takes over the lead vocal duties for the finale “Sometimes Always” and, while it breaks in some ways from the preceding eleven songs, it’s nonetheless every bit as authentic. It ends this The Unswept’s Fast Casual on a rousing and even a little rugged note.