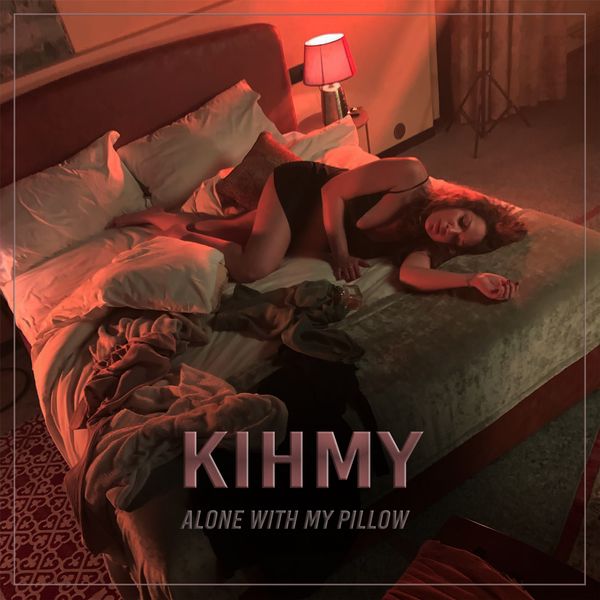 Kihmy is one of those artists that, when you listen to any of their songs, you can just tell they’re putting their all into it. And her upcoming single, ‘Alone With My Pillow’, only confirms my suspicions that she definitely slots into that great category. This new song, which will be released on 13th July, is a song of loneliness and vulnerability, and she delivers it flawlessly with her deeply intense vocal style. Her voice is dark purple velvet with a dark golden tint. To be able to perform a track with such honesty and openness, yet still make it sound so smooth and unmovable, is a rare skill to possess. The emotion is blatant, but her voice never breaks or falters.

After listening to Kihmy’s music, it doesn’t come as a surprise that she’s been writing songs and playing keyboard since she was young. It also makes a lot of sense that she has a wide knowledge of music having been interested in various genres throughout her life, including house, hip-hop, soul, and funk. After trying to study economics but soon realising that wasn’t her destiny, she decided to make a real go of being a music artist at the age of 25.

‘Alone With My Pillow’ is definitely a ‘less is sometimes more’ sort of vibe. The song starts with some softly played piano, setting the scene of being in a dark, empty room on your own. Her soulful voice then enters the soundscape, singing lyrics of feeling lonely and confused; these feelings are emphasised with the haunting violin-like sound effect that she has artfully added in. A subtle drumbeat comes in at the pre-chorus stage of the song, slowly building tension. The chorus has a slight burst of energy, and the percussion picks up some pace while Kihmy sings lyrics directly towards her love interest, the song’s subject, asking them why they aren’t being more honest with her.

Despite the somewhat minimal instrumentation featured in this song, Kihmy’s vocals provide more than enough depth and substance to make this sonic journey feel fuller. She has such a talent in that she can use her voice in various ways so effectively; she knows when to really go for it and let out all the emotion, but she also knows when it’s time to control it. This way, she can alter the mood of the song whenever she wants, just by changing the way she sings.

Kihmy never disappoints; each release is so attention-grabbing in its beauty and subtlety.

You can pre-save ‘Alone With My Pillow’ ahead of its 13th of July release here: https://show.co/ObtXYbb