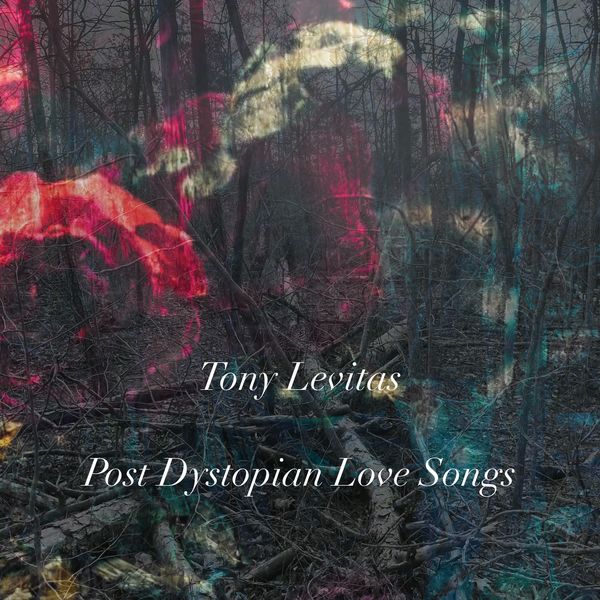 Post Dystopian Love Songs is quite the loaded album title. A dystopia is the opposite of a utopia, so it’s the after-effects of a complete breakdown of civility. Or so the movies tell us. Thus, one wonders just what kind of love songs would be left after living through a dystopia. Whatever the case, it’s sure an attention grabber for an album well worth our attention.

One of the album’s best love songs is called “The Way You Give Yourself To Me.” It’s a gentle song, which sounds to be a cross between R.E.M. and Eels. Levitas has a vocal similarity to Mark Oliver Everett, who is actually the one-man Eels band. “Here Comes The Day,” which incorporates psychedelic electric guitar part, also sounds like a love song. It may, in fact, be an answer song to the oldie, “Here’s Comes the Night.”

A couple of these songs tamp down the rock sonics in order to create quieter sounds. For instance, “The Shape of My Soul” is acoustic, and features harmonica and mandolin. Another one, “Gwendolyn” is an unplugged ode to a girl by that name. One called “Broken (Better Than That)” is slightly orchestrated, which gives it a different feel from the rest.

One of the album’s most gripping songs is titled “Not My Time To Die,” which directly addresses the recent pandemic. It’s crazy how world events have caused many of us to come face to face with our mortality. Granted, most of us have come out the other side of this horrible virus spread whole and healthy. Nevertheless, we also know people, or know people that know people who were not quite so fortunate. Another more desperate song is “Lifeline,” which speaks to how we sometimes need someone else’s help. There was only one Lone Ranger, and most of us are not him.

While much of this album is moody and on the low-key side, one called “Never Feel Lonely” is about as rocking as the album gets. It’s driven by a chunky electric guitar riff that is hooky and effective. It’s a relatively happy song, too, which is probably why the big guitars were brought out for it.

Post Dystopian Love Songs holds together well for a number of reasons. For one, there’s a wide range of sounds and styles. Levitas could just have easily created an all rock & roll album or a fully folk project. He’s comfortable in a variety of different shoes. He also has a believable singing voice. It’s the sort of vocal instrument that is focused on communicating, rather than attempting to sound perfect and pretty. This is not that he doesn’t always sing on key, because he does. Instead, his vocals are intended as a communication tool, and he has plenty to say with it.

Granted, not everything on this project is clearly a love song. However, when you’re singing with love in your heart, as Tony Levitas does here, I guess you could say it’s all about love and all these songs are love songs of a sort. This is the right album to put on, now that we’re finally living in post-pandemic days.