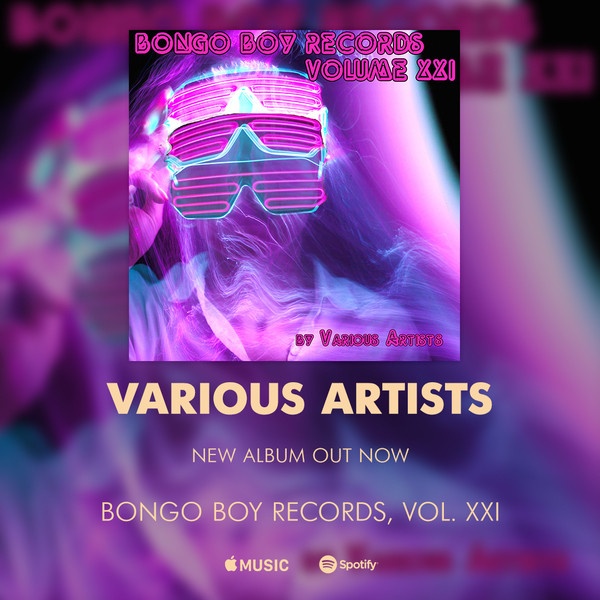 R.O.M.A.N. goes for a whole universe of sound with the hip-hop/R&B hybrid of “Touch”. Everything here features a lushness from the pinpoint stabs of percussion to the taut strings that sweep through. By far though the true heart of the song stems from the forceful vocalist who takes on a commanding presence.

“Mr. Crazy” shows off the deft garage rock skill of Artic Baba in a way that feels truly spirited. Riffs race on through for there is that right degree of power to it. Evolution of the groove has a classic sensibility to it.

Trance pop flourishes propel AED Projek’s “I Will Never Stop”. Beats run on through for they have a clarity to them. Lyrics here embraces a delirious, decadent stance as the nods to 90s radio pop hits are undeniable.

Studeo’s “In The Nick of Time” have a Fleetwood Mac aspect to it. Perhaps it is the strong female vocalist alongside the arena-filling cadence of the rock. All of the track has a whirlwind of activity for it has a carefree attitude.

“Celebrate the Sun” features a carefree aspect to it, for Clark Ford has a glowing folk pop quality to her delivery. Lots of light enters the sound giving it a summery disposition. Things feel lighter than air for the dreamy disposition has a fervent beauty.

True party-starters, Combine-Music and Thiunife share duties on the duality of “Gigantesco (Radio Edit)”. Little details matter a lot for the song constantly grows and grows until it becomes all-consuming. Everything within the song reveals them to have a true ear for melody as it is an absolute blast.

A modern take on psychedelic rock rushes to the forefront on Studeo’s “Wish You Were Here”. The surrealist tact feels doubly refreshing for they hold absolutely nothing back. Layer upon layer intermingle in a fantastically gorgeous way.

Clark Ford embraces a down-home country rock fervor on the devotion of “I Won’t Give Up on You”. Guitars further punctuate the power of his words. Quite gracious there is an inherent optimism to the sound.

David Scott Kochner has a genteel affect with “A Love Like Ours”. The arrangement is kept to the essentials for his voice takes front and center stage. With a delicacy to the sound, there is a vulnerability that stems from the atmosphere.

Grit’s Guitar sounds like a soulful ode with “Cry Me a River”. Sprawling and ambitious there is a chilled-out vibe to the whole thing. Impeccable instrumentals and melodies within the riffing feels outright life-affirming.