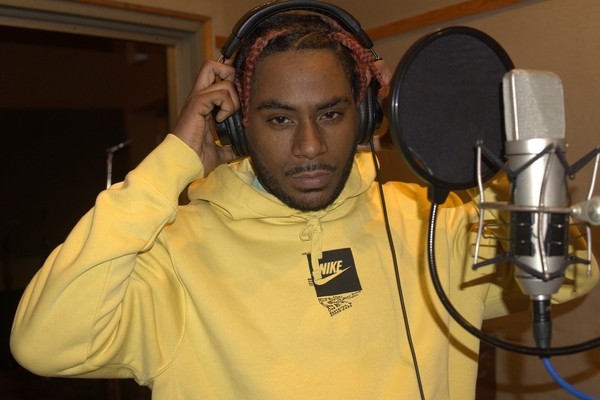 To millions of hip-hop listeners, Dayvon Bennett was known as King Von, an exemplar of drill and a supremely stylish gangsta rapper. But Von’s hardcore fans in Chicago also called him V Roy. Those who loved his music guarded it jealously; he was proof of the artistry in drill music, its potential, and its limitless possibilities. When he died a violent death in 2020 at 26, all music appreciators mourned.

Pesh Milli was one of those appreciators. The Brooklyn rapper, producer, and vocalist has made all kinds of hip-hop — East Coast grittiness, West Coast cool, Dirty South rambunctiousness, and even the hookiness of pop-rap are all present in the mixes he’s made. But “V ROY,” his tribute to the late King Von, is pure Midwestern drill at its sleekest and most dangerous. The kick drums land like punches, the skittering snare rolls sound like machines on the fritz, the piano chords are simultaneously relaxed and menacing, and the synthesizers hover over the track like clouds of smoke. You don’t have to be from the Windy City to recognize the beat as an authentic reproduction. All you need to know is that V Roy himself would have loved it.

The single is assembled with the same care that fans expect from Pesh Milli, whose 2021 debut album OK 4 Now demonstrated both the breadth and the depth of his talent. Hip Hop Weekly praised its “smooth, hard-hitting beats and infectious melodic hooks.” He’s applied that mastery to “V ROY” and pushed his skills further, honoring the legacy of an artist we lost too soon, referring to the sound he helped popularize worldwide and giving it his own unmistakable stamp. And after a minute and a half of fiery rhyme and chilling, gorgeous music, it’s over.

Zipline’s colorful and kinetic clip for “V ROY” is full of circles; circular motion, too. There’s the cone of the speaker on the studio desk that fills the room with music, the knobs on the effects processors, and the gold disc that hangs on the wall. There’s the artist’s face, framed by the hood on his teal sweatshirt, and the spiraling gesture he makes with his index finger as he raps. Most of all, the camera itself sweeps around the set in a great arc, sometimes capturing Pesh Milli right side up and sometimes turning him on his head. It’s constantly restless, probing, deliberately unsettled, dizzying the viewer, drawing us further into the whirlpool of words and sounds.